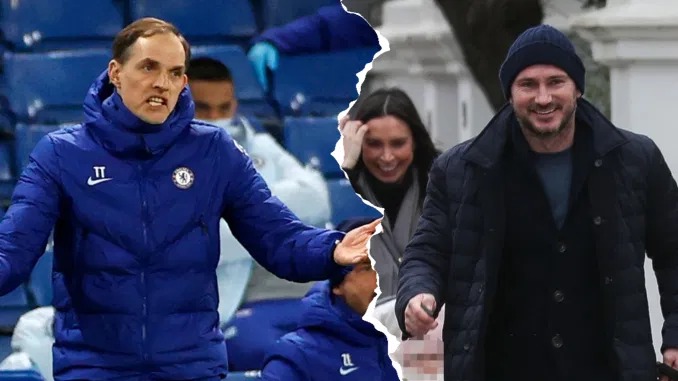 After their big money spendings, Chelsea fell to shocking slump and found it difficult to return to their feet after doing September to December without a loss.

This alone warranted for the side to push for replacements in the managerial aspect. Their loss to Manchester City intensified this demands with a later loss to Leicester City sealing the English man’s hopes.

Before his sack, Lampard had always agitated for 5-man sub games to be allowed in the premier league as that would let him flex out his team’s attacking muscles.

But unfortunately for Lampard this demands weren’t materialized as he was later on shown the exit door at Stamford Bridge.

Tuchel took over and has so far done impressive job with same players Lampard had at his disposal.

Despite their last disappointing draw that denied them opportunity to close gaps at the top 4 zone, Chelsea are still on a safe route as Man United’s victory over West Ham United now put Chelsea 3 points clear their neighbors, although they still got one match outstanding.

With things going on well with Tuchel, one thing remains unhidden, and that’s Chelsea failure to bang goals.

Chelsea yes have high goal expectation per game but not converting most of those chances and this is a thing of worry for Tuchel who believes time will surely come for his boys to start netting goals.

The most important thing for Tuchel now is that he isn’t losing his games and this has also inspired him to call for same 5-man sub Lampard fought for.

According to Tuchel, he has several attackers hungry to play and in a situation an attacker fails to make impact in a game, there should be space for another to come in.

Chelsea have been seen over the past games with different starting elevens and this pictures the level of talent and competition in the squad.

Even Pulisic hasn’t had enough game time in the current 3-man sub used.

It’s expected the Premier League will continue to have a look at the chances of reinstating this after it was voted down months back after which the FA decided to bring it to life in the Cup games.

Chelsea have their attentions channeled to Champions League already as defeating Atletico Madrid is their most priotized quest at the moment with a Quarter finals qualification almost at hand.

The Blues are already one goal up and a draw would see them secure their entry into the next stage.