Despite being billed as a showdown to avert a crisis, there was ultimately only one victor. 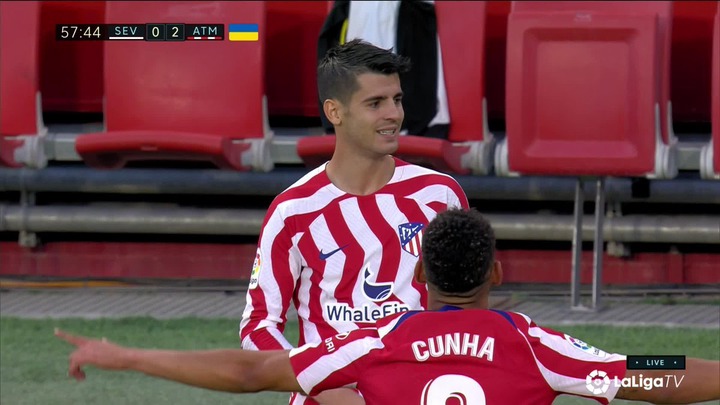 Diego Simeone made a notable adjustment to his team's strategy early on, and the game opened with a great deal of intensity. When injured players Jose Maria Gimenez and Stefan Savic returned, the Argentine coach reverted to a back four. He also opted to start Matheus Cunha in the starting lineup in place of Joao Felix.

The press from Atletico Madrid was what was giving Sevilla the most trouble, but he worked tirelessly up front. A lost throw-in eventually found its way to Koke's feet, just outside the Sevilla box, after he had gotten out of jail one too many times. The Atleti captain set a club record by playing in his 554th game; he then set up Marcos Llorente for a fantastic goal that found the back of the net. He had walked right by Alex Telles, who had replaced Karim Rekik due to injury. 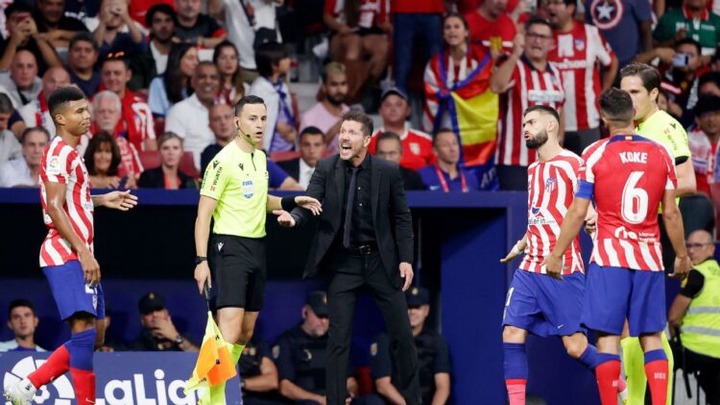 Sevilla had been completely ineffective in the attacking third, and as the clock neared the hour mark of the second half, they decided that the only way to find some excitement was to commit more players to the attack. Atleti became even more of a threat as a result.

A number of times after Alvaro Morata had doubled the lead, Julen Lopetegui grimly rewound the game and watched the replay. Cunha's touch to redirect a Jan Oblak goal kick into his path after Jose Angel Carmona mishandled it. Morata had a one-on-one with Bono and expertly chipped the keeper.

Los Colchoneros had numerous opportunities to drive home their advantage, but they seemed content with their work. Oblak was only breached once by a Sevilla player—Ivan Rakitic's header. In the end, the show exposed all of the problems that have plagued them since January.

The only negative for Atleti was a late injury to Nahuel Molina, but they can now forget about their poor play in their last few games before the international break. Despite the fact that Simeone's team has moved up to fifth, they know that they still have to face tougher competition in the future.