Several reports have it that Asante Kotoko head coach, Prosper Narteh Ogum has resigned from the club. 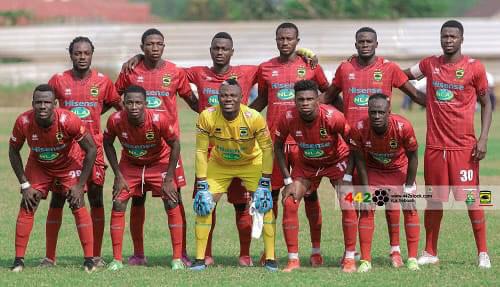 The causes of his resignation have been attributed to a number of reasons with most of them being linked to the bad administration of Chief Executive Office, Nana Yaw Amponsah.

Asante Kotoko were at their best last season, beating off competition from all other clubs to win the league title.

The Porcupine Warriors equally lost the the second tier competition, the FA Cup to bitterest rivals, Accra Hearts of Oak much to the chagrin of the club’s following.

Prosper Narteh Ogum’s resignation will be a big blow to Asante Kotoko as they prepare for the CAF Champions League.