Neymar's potbelly is getting bigger, but he is just 29 years. Ronaldo is 36 years but looks fitter. 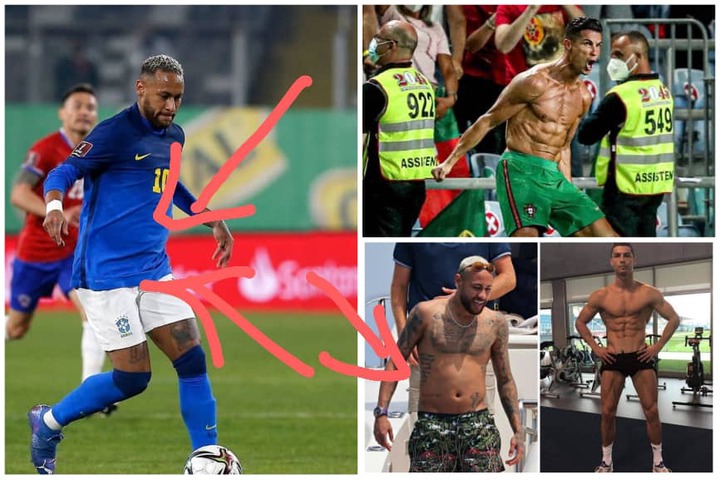 The Seleçao were in action yesterday at the Monumental David Arellano in Chile, as they took on the La Roja in a world Cup qualifier match. Brazil emerged victorious at the blast of the final whistle with the only goal of the game coming from Brazilian winger, Everton Riberio in the 64th minutes. Brazil now sit on top of the table with 21 points after winning their 7 games played so far, followed by Argentina who sit second with 15 points. However one taking points of the Brazil game aside their narrow win was Brazil talisman, Neymar Jnr, as fans were bewildered to see his disturbing physique. The Brazilian was trolled few months ago after he was spotted shirtless with a developing potbelly during the off season. Neymar's bizarre physique was expected to be camouflaged on the pitch in a jersey but it rather appeared much palpable, leaving fans wondering how long he can keep playing at the highest level. 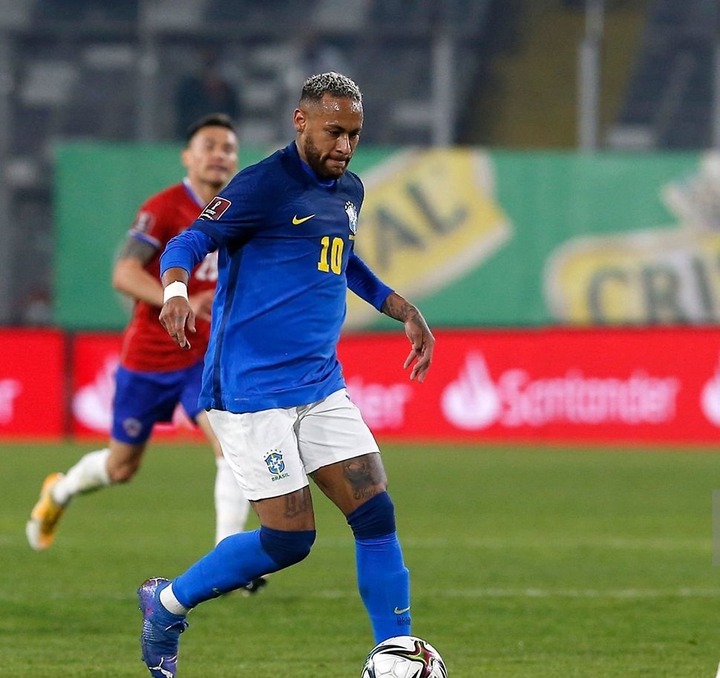 Netizens quickly compared his physique to that of Cristiano Ronaldo who appears incredibly fitter despite his age. The Portuguese forward turned 36 this year but since he continue to practice his fitness routines, he still has an amazing ripped physique. Take a look at the difference in their physique. 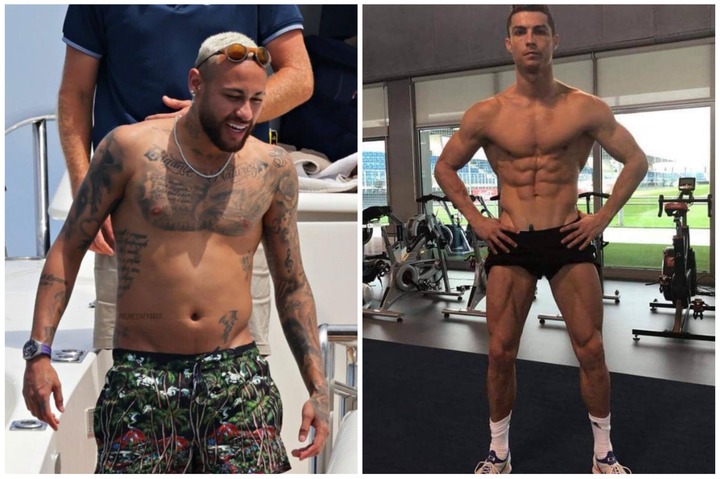 Ronaldo is one of the few known footballers who are teetotal( doesn't take alcohol) and has several fitness specialists around him, who design exercise and nutritional programs for him. Unlike Ronaldo, Neymar careless about his fitness and just like some of his predecessors like Ronaldinho, Ronaldo Nazario and Adriano, he relishes partying, taking alcohols and it's no-brainier the Brazilian is developing a potbelly at just 29. Nonetheless Nasser Al Khelaifi wouldn't make that a concern but would be expecting Neymar Jnr, Lionel Messi and Kylian Mbappe Lottin to make his hefty summer investment pay off by winning the UEFA Champions League and other major trophies this season.

Neymar has featured once for Paris Saint-Germain this season but will be available for selection after the International break. Nonetheless if his physique compromises his performance, he might lose his position in the team to Angel Di Maria or Pablo Sarabia who are equally good attacking options.