Was Barcelona Cheated? This is Why they Lost the Game

Barcelona played a very good game against Real Madrid in the la liga title race but unfortunately, they lost the battle along the line due to some few technical errors from some few players. 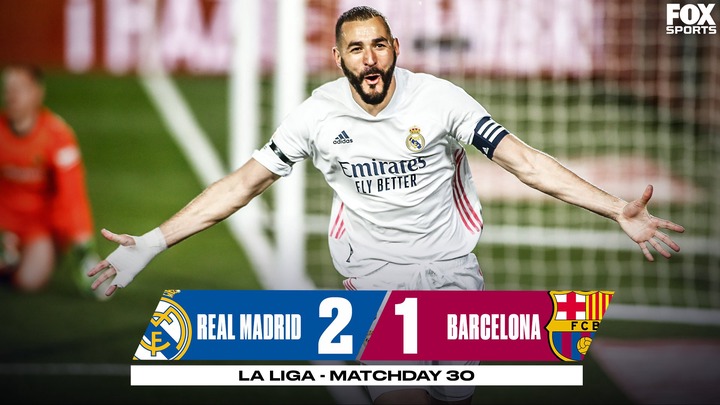 The coach started a very nice line up but playing three defenders against a counter attacking team like Real Madrid was the bad thing that happened to the club.

Midfielders of the game were not releasing the ball for the attackers to move forward. Pedri keeps holding the ball and giving wrong passes while De Jong was not seen in the game.

Dembele wasn’t favorable with his position and so must be moving to the wings in order to do his thing for which the coach must identify early and do the needful but he also failed.

Alba mistakenly tried to tackle Valverde who was on speed which led to a massive space for Vasquez to send the down cross into the ball before Benzema pushes it in. That was totally an Alba error. Barcelona is having good players but I think they are not being used properly.

In all, the coach could have used players like Riqui Puig to start the game. A player who is having his mind on passing balls to the attackers and pushing the ball forward than Pedri who holds the ball for too long. Playing Pedri always makes a posseive football but Puig brings in an attacking football.

The coach also failed to substitute players at the wrong time and this also cause the team. The last minute penalty was also not given. What is your take on the game ? Leave your comments