Accra Hearts of Oak, Asante Kotoko And Other Teams To Take Advantage Of FA Cup Competition

By Abdul-Jalilu (self meida writer) | 4 days 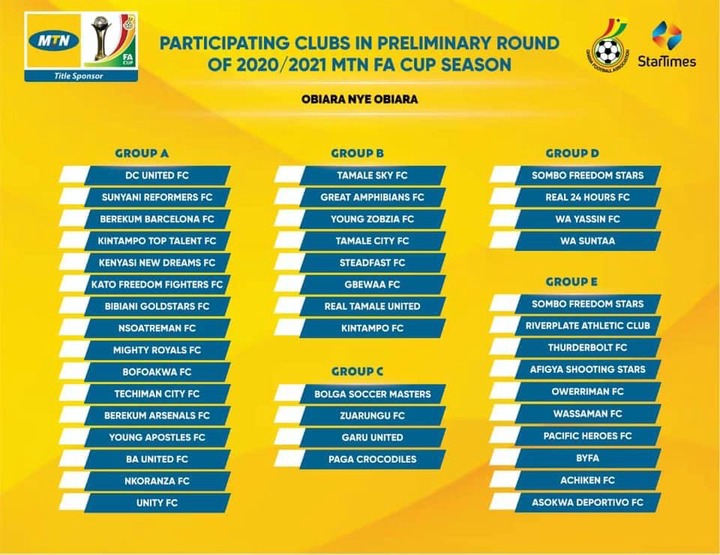 The Ghana Football Association has put in all relevant measures for the commencement of this season’s FA Cup.

The format for the FA Cup allows clubs from the lower division to compete with clubs that play in other leagues ahead of them. In the preliminary stage, division two clubs are given the chance to stage a show with second tier teams. The venue for the clash could be either clubs home venue, that is, the regulation of the competition allows a match to be hosted by a lower side. It has been revealed that, clubs who are participating in this stage will earn One Thousand Five Hundred Cedis, meaning the previous amount of One Thousand Cedis has been increased by Five Hundred Cedis.

Even though lower sides come up against bigger teams, division one teams could be paired with based on the draw dynamics.

As the competition progresses, Premier League clubs will then be introduced to join the remaining clubs who have toiled to stay in the game.

This means, a club from any football division could end up as champions of the competition, if they prepare fervently for the task ahead.

By extension, Premier League clubs who by virtue of their position, cannot win the league may tilt their efforts towards winning the FA Cup.

Premier League teams who are on the brink of losing out the ultimate, have to enter into the competition with all seriousness, with a clear mandate to beat opponents and clinch the trophy.

To end the season without a season is worrisome, compared to winding up the season as an FA Cup champion, with an automatic spot to taste African inter club competition.

Half a loaf is better than none.