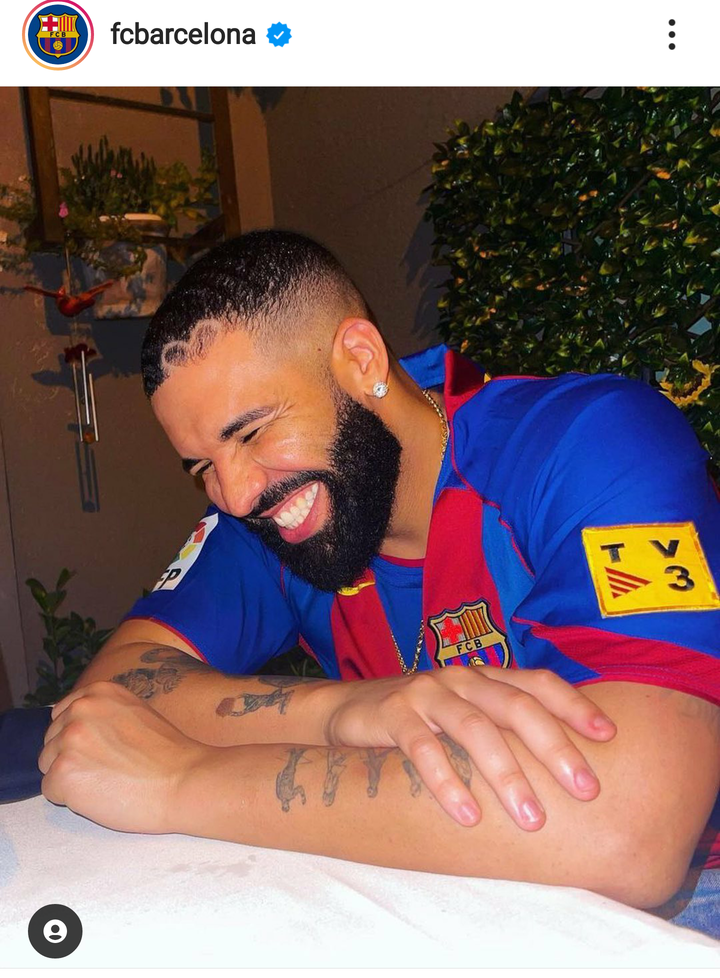 A lot of fans and supporters have been making funny comments about Barcelona Fc posting the picture of Drake. As we all know Drake is a musician and when it comes to music he is the best and people were shocked when they saw Barcelona posting his picture on their Instagram page and the caption they gave to the picture was "starting from the bottom now we here"

Memphis Depay also came to asked if Drake is their new signing. People love the picture because it is very nice and seeing a good musician and a star like Drake also wearing a Barcelona jersey shows the love people have for the club. Even though the club is going through a lot of difficulties it seems people are trying to make Fc Barcelona football know that they are with them even in times of difficulties.

The smile on Drake's face shows that he loves the club and he still supports Barcelona football club nothing can change that. Barcelona also is trying to tell their fans that they started from the bottom now they are here. They use that caption because that is one of the lyrics of Drake's song. Below are some comments of people under the picture of drake 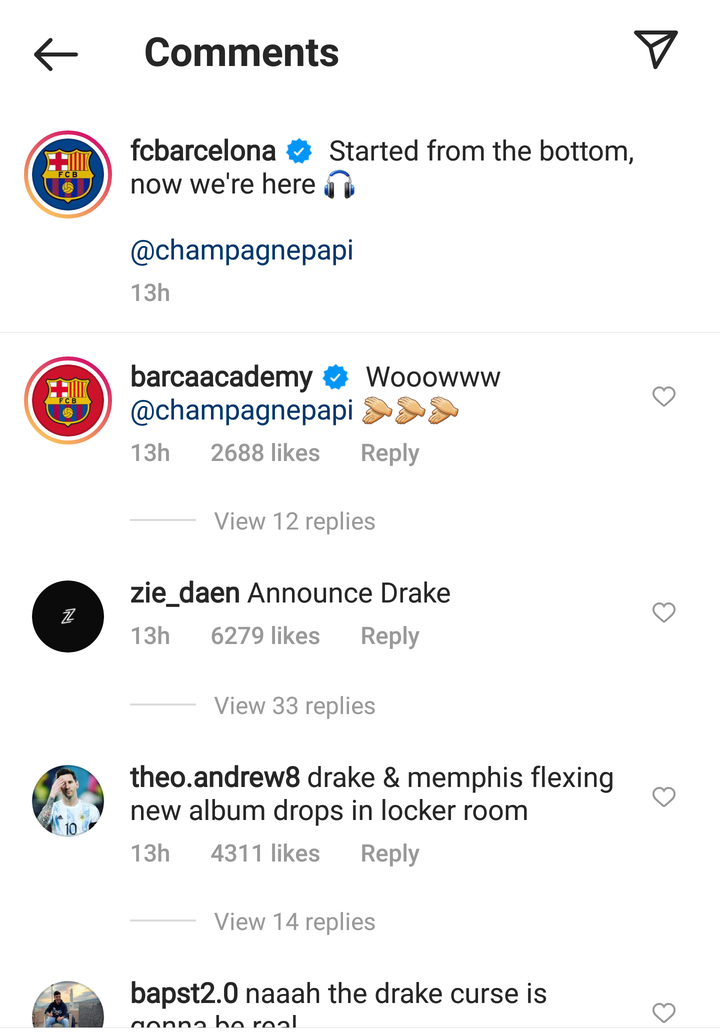 You can see that Barcelona fans have been making a lot of funny comments. Some fans want the club to announce Drake and also others saying Drake and a Memphis are going to drop a new album in the locker room. They even said the club should give the number ten to drake to wear it. This comment was made just for fun as you can see from the comment section. The picture is having more than 1million likes and also having about 5,257 comments as at now it shows how Barcelona, fans loves the picture.