By Still_Unbeatable (self media writer) | 27 days ago 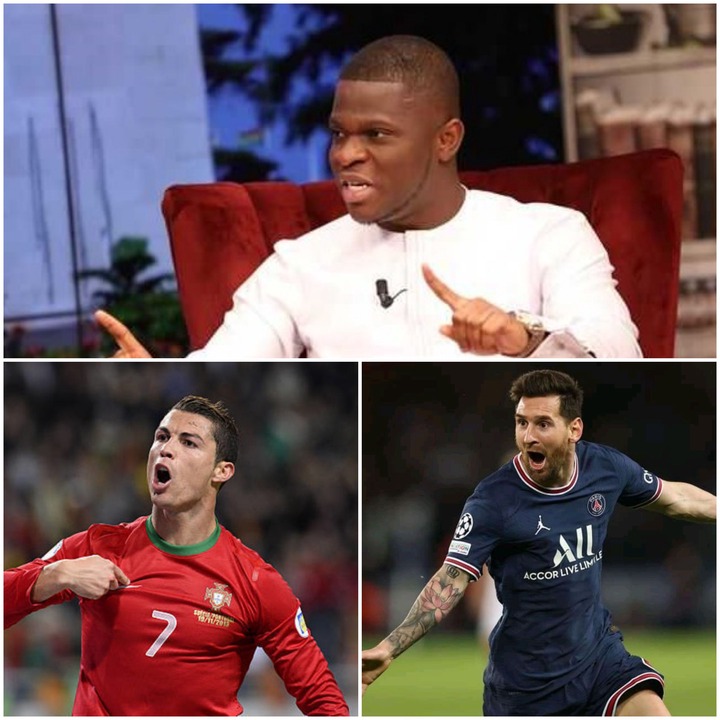 For close to a decade now the world has been torn between 2 great players. Maybe this generation is simply blessed to see both players playing at the same time. Cristiano Ronaldo is undoubtedly one of the greatest players that the world has seen, but so is Lionel Messi who leads the former with some awards. The rivalry between the two reached a crescendo when both played for 2 of the greatest sides in Spain; real Madrid and Barcelona.

Currently, Ronaldo has returned to his former boyhood club of Manchester United while Messi who many though will end up retiring in Barcelona has joined French big boys, PSG. Tonight Tuesday, September 28, 2021 was Champions League night and witnessed some classy football from some of the best clubs. Arguably, the biggest game was the match involving PSG and Manchester City.

Manchester City were coming from the backdrop of beating last year Champions League winners, Chelsea over the weekend in the EPL. What was expected to be a tense match saw PSG soundly beat Manchester City by 2 unanswered goals. The second goal was scored by none other than Lionel Messi. This was Messi’s first goal for his new club. 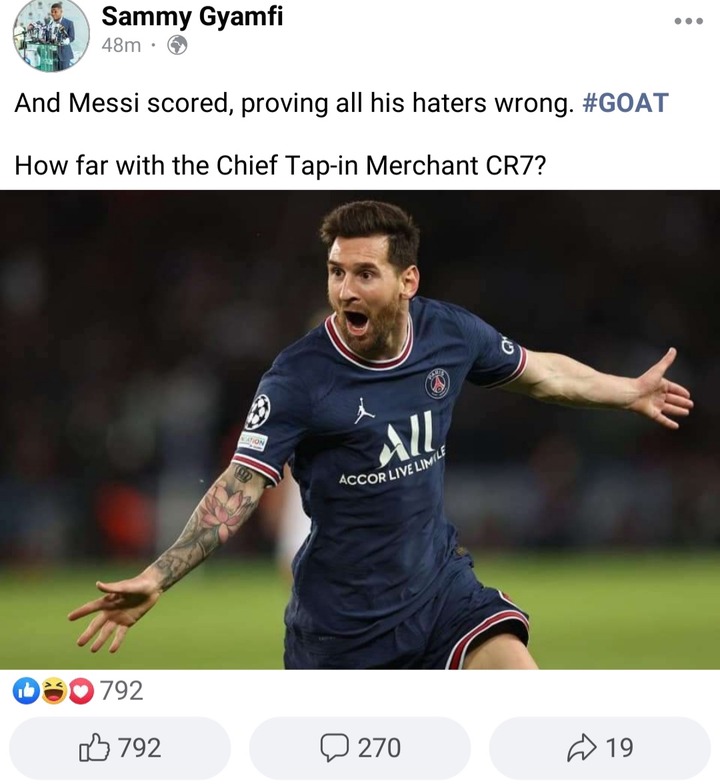 Sammy Gyamfi, the NDC Communications Officer obviously couldn’t hide his joy as he celebrated Messi on his Facebook and Twitter pages. Check out the post and reactions; 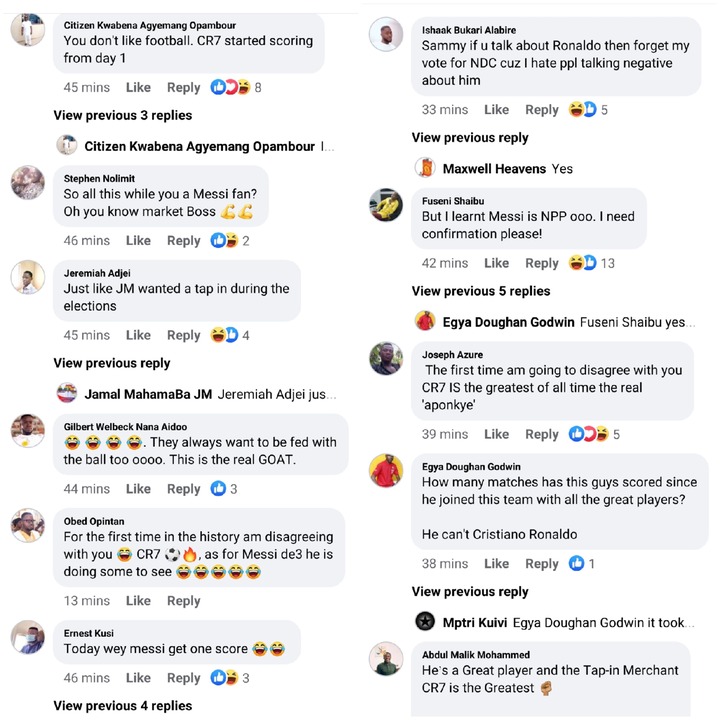