Most valuable clubs in the world; Chelsea above PSG as premier league clubs dominates

By Raysportz (self meida writer) | 1 months

Football has proved to be one of the most interesting sports if not the best. Football in Europe is far above all other continent's. Clubs in Europe especially in England, Spain, France and Italy. The list of most valuable clubs are as follows; 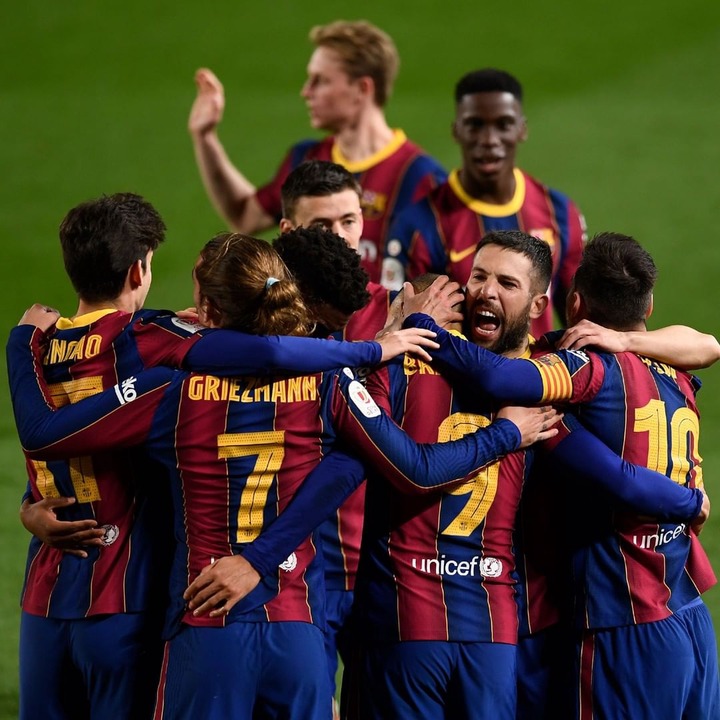 2. Real Madrid: Another Spanish giant follows the list. Their value is $4.75B much closer to that of Barcelona which is $4.76B.

3. Bayern Munich : the current European champion and the most on form team is the third most valuable team

4. Manchester United: The first England team to appear on the list. Though they have been their best this decade they managed to keep their value .

5. Liverpool: Another ancient club follows. Winning the Champions league and premier within the past three years has help them to revive from their over 30 years trophy drought. Their value is $4.1B.

6. Manchester City: Manchester City has been on top after the Etihads took over. They are known for buying alot players and have fix the team. They have won every domestic trophy.

7. Chelsea: The blue are next on the list. Chelsea has been able to maintain their form since 2003. The one time Champions league winner is looking up to more trophies.

8. Arsenal: Another London club follows right behind their rivals. Their value is $2.8B. Though they are currently inconsistent their value their value has not dropped hugely.

9. PSG: The best team in France also shows up on the list. They have spent huge amount of money on players in recent years with the hope of winning the Champions league which they haven't.

10. Tottenham Hotspur: Though they have been struggling in terms of winning trophies, their value is not a bad one. They have not lifted a trophy in about 9 years. They are third London club to appear on the list. 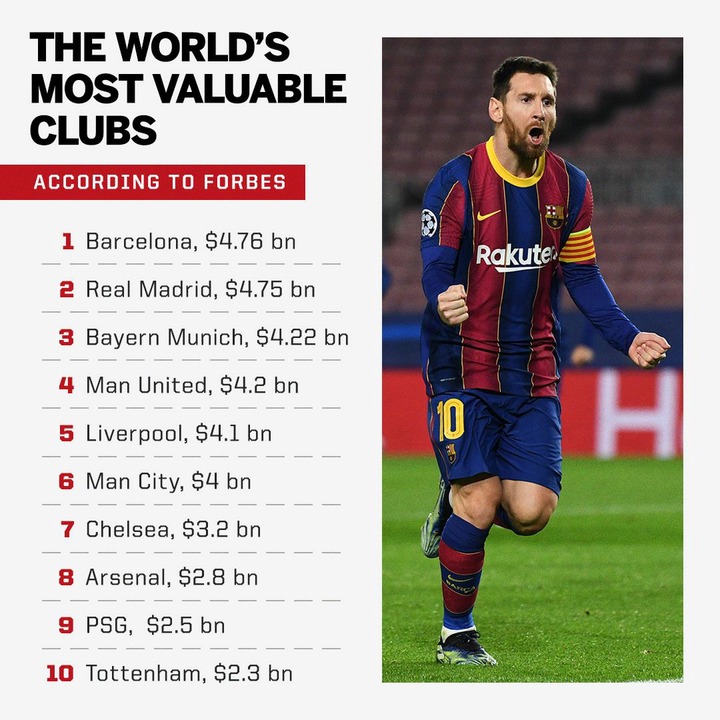 They are six England teams, two Spanish clubs, one German and one club from France.