By MaxwellEffah_2 (self media writer) | 9 months ago 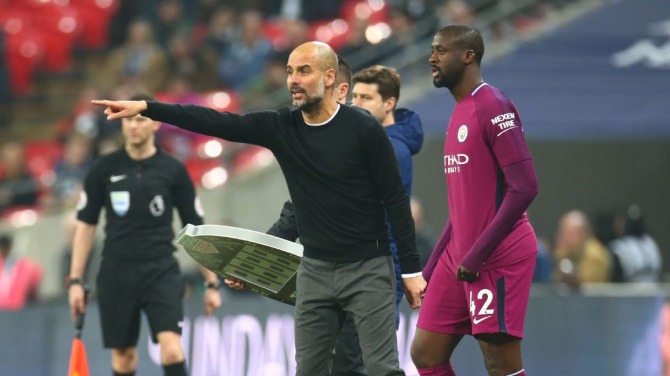 Yaya Toure has revealed that he has made fruitless efforts to end his long-standing dispute with Manchester City manager Pep Guardiola.

Toure played under Guardiola at Barcelona and Manchester City but the former Ivorian international left both clubs not long after the Spaniard’s arrival.

After leaving Manchester City in the summer of 2018, Toure accused Guardiola of mistreating African players in an interview with a French publication.

“He [Guardiola] insists he has no problems with black players, because he is too intelligent to be caught out,” Toure told France Football at the time.

“But when you realise that he has problems with Africans, wherever he goes, I ask myself questions. He will never admit it.

"But the day he will line up a team in which we find five Africans, not naturalised, I promise I will send him a cake.”

But Toure now realises he was wrong to hit out at his former boss and asking for forgiveness from the two-time Champions League wining manager.

"That interview was my big, huge mistake," Toure told the Daily Mail, in reference to his infamous chat with France Football.

"When you give your trust, your voice to someone, they can twist it.

"I was aware some staff were not happy. I emailed a letter to try to communicate with some important people there to apologise and say I've been indecent to the club but I haven't had any feedback.

Content created and supplied by: MaxwellEffah_2 (via Opera News )