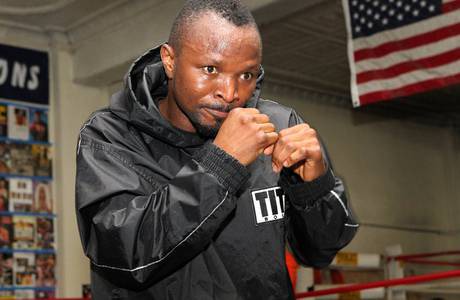 Ghanaian boxing proficient Joseph "Kingkong" Agbeko has pinpointed two battles as the hardest of his vocation and they may come as somewhat of a shock.

The 3 time previous IBF bantamweight world strangely picked none of his five profession massacres as his hardest yet decided on two successes in his vocation when tested on the hardest battle he had been in.

Agbeko picked his twelfth expert battle with South African Johannes Maisa in 2000 as one of the hardest.

He won the battle after 12 rounds by Unanimous choice winning the ABU bantamweight title all the while. Joseph Agbeko's past serious battles had all finished in knockouts or Technical Knockouts preceding this matchup and loans confidence to his case. He qualities the extreme idea of the battle to contrast in mugginess in South Africa to his country Ghana and not to the rival he confronted.

"The first will be against Johannes Maisa in South Africa. It was an intense battle for me not on the grounds that Maisa was excessively extraordinary. I originated from Ghana South Africa has an a high height region so inside the initial three, four adjusts my vitality was gone I was completely gone. They anticipated that by the fifth and sixth round I ought to be done yet I had the option to go the full 12 adjusts and won by a consistent choice."

Agbeko's resistance of his IBM bantamweight title against Vic "The Raging Bull" Darchinyan in 2009 is his other hardest battle. He gathers that Vic would have taken him out had he lost concentration and fixation.

"My second hardest battle will be against Vic .It was a battle that I was extremely consistent all through, I never left any second in question since I wasn't loose. Vic is a hard puncher, he comes in solid like the furious bull that he calls himself and he has power. I must be intense and centered all through in light of I took my brain off a piece, he would have taken me out."