GPL Gameweek Two: Man of the match winners at the various match venues. 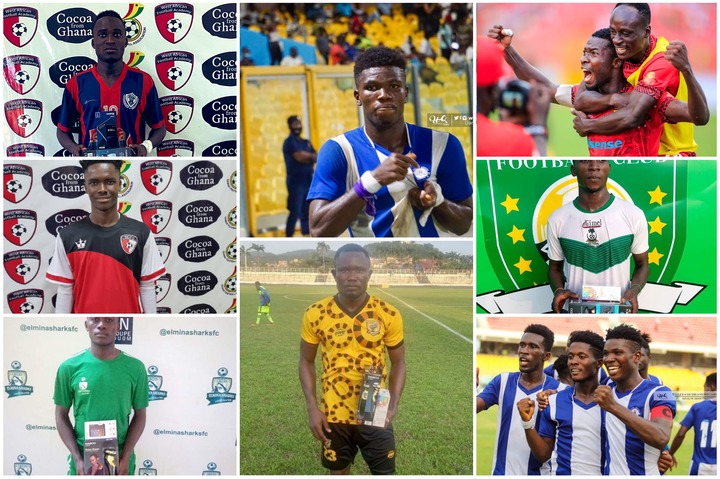 We witnessed some amazing games over the weekend in the Ghana premier, as well as some scintillating individual brilliance from some players. We have compiled the list of the man of the match awardees at the various venues in this article.

Hearts of Oak were denied another victory at Sogakope over the weekend drawing with WAFA, and the man who equalized for WAFA after Kofi Kordzi gave Phobians the lead, Sampson Sarpong, won the man of the match.

King Faisal babies handed Aduana Stars an upset at Dormaa over the weekend, walloping them by three goals to one. A brace from 22 year old Osman Ibrahim proved pivotal in the victory and his performance saw him win the man of the match.

Legon Cities won their first match of the season and courtesy to Jonah Attuquaye, whose third goal eventually placed the game beyond the reach of Real Tamale United. The midfielder was the awardee of the man of the match award in that game.

Accra Heart of Oak loanee, Michelle Sarpong continued his bright start at Elmina sharks but his efforts were not enough to save his side from a defeat against Dreams. He was adjudged the best player in the game.

No goals were recorded in this game however the performance of Berekum Chelsea's central midfielder, Jackson Owusu saw him win the man of the match award.

Bechem United succumbed to a defeat at the Baba Yara sports stadium to Asante Kotoko but the spectacular display of their defender, Samuel Osei Kuffour did not go unnoticed as he won the man of the match.

Maxwell Quaye banged a hattrick in his first appearance for Olympics against Accra Lions, to secure all points for Oly Dade and deservedly won the man of the match in that game.

The Miners dropped points against Karela at the Len Clay on Saturday however, their defender, Eric Esso emerged the best player of the match.