By allround.news (self meida writer) | 29 days

2. Juan Román Riquelme: “Argentina are the favorites to win the Copa America because they have the best in the world."

4. Jordan Pickford has not conceded a single goal at the European Championships.England are the only team with a 100% clean sheet record.

6. PSG in talks to sign Lazio attacker Joaquin Correa - Serie A side value the player at €45m, Les Parisiens would like to include Pablo Sarabia in a deal, talks a little blocked but heading towards Lazio being open to a player coming the other way.

7. Liverpool are expected to start their pre-season for the 2021/22 campaign on July 12, however, the club is still yet to announce a full plan or tour.Covid-19 restrictions and uncertainty from the UK government has left the club unsure of how to proceed. Visiting clubs from abroad would likely have to quarantine, which makes arranging fixtures challenging.

8. Aston Villa are hopeful of tying captain Jack Grealish, 25, down to a new £150,000-a-week deal amid interest from Premier League champions Manchester City in the England midfielder.

9. Juventus have entered the race to sign Arsenal midfielder Granit Xhaka with Serie A rivals Roma also said to be interested in the 28-year-old Switzerland captain.

11. Villa also remain keen on Chelsea's England striker Tammy Abraham, 23, whose £40m price-tag will be too expensive for West Ham.

13. Kalvin Phillips regained possession of the ball 11 times against Germany, the most by an England player in a EUROs match since Tony Adams did so 13 times, also against Germany, at EURO 1996.

14. Barcelona and Marseille have reached an agreement on the transfer of Konrad de la Fuente for three million euros according to Mundo Deportivo.

16. Atalanta are reportedly in advanced talks with Udinese over a deal for goalkeeper Juan Musso and are close to completing a deal worth €20m.

17. Gareth Southgate's tactical tweaks were vindicated by England's triumph over Germany on Tuesday, but the manager admitted he knows he would have been "dead" if he had got it wrong.

18. Giovanni Di Lorenzo said Italy ‘know Romelu Lukaku is a great striker’ but pointed out that Belgium have ‘many strong players’ ahead of the quarter-final on Friday.

19. Raheem Sterling has joined Gary Lineker as the only players to score each of England's first three goals of a major tournament.

20. Ex-England defender Stuart Pearce has hit out at Liverpool for denying Mohamed Salah a chance to play at the 2020 Olympic Games.

21. The 29-year-old wanted to be part of the Egypt team in the competition that will be held in Tokyo, Japan.However, the Reds are reluctant to let one of their key players leave considering the fact that they want all their players fit to challenge for the Premier League title next season.

22. Serena Williams' hopes of an eighth Wimbledon title are over after an ankle injury forced the world number eight to retire from her first-round match with Aliaksandra Sasnovich.

23. Jose Mourinho admits that a "childish" trait cost Memphis Depay at Manchester United, but the Portuguese claims to have always believed in the Dutch forward's ability and is backing him to shine at Barcelona."I believe the Barcelona culture of football will help him to live long in this important part of his career."Good memories of him and I repeat: he was a good professional."

24. Raheem Sterling described England’s 2-0 Euro 2020 win against Germany as “a special moment” and said the focus was now on Saturday’s quarter-final against Ukraine in Rome.

25. Atletico Madrid have reportedly told Manchester United-linked midfielder Saul Niguez that he is free to leave the club should a suitable offer come in.

28. Lionel Messi's contract with the Catalan club, FC Barcelona expired tonight, 30th June 2021. Messi is set to be without a club for the first time in 17 years. Messi is no longer a Barca player and as at now, the number 10 jersey is vacant at Barcelona. 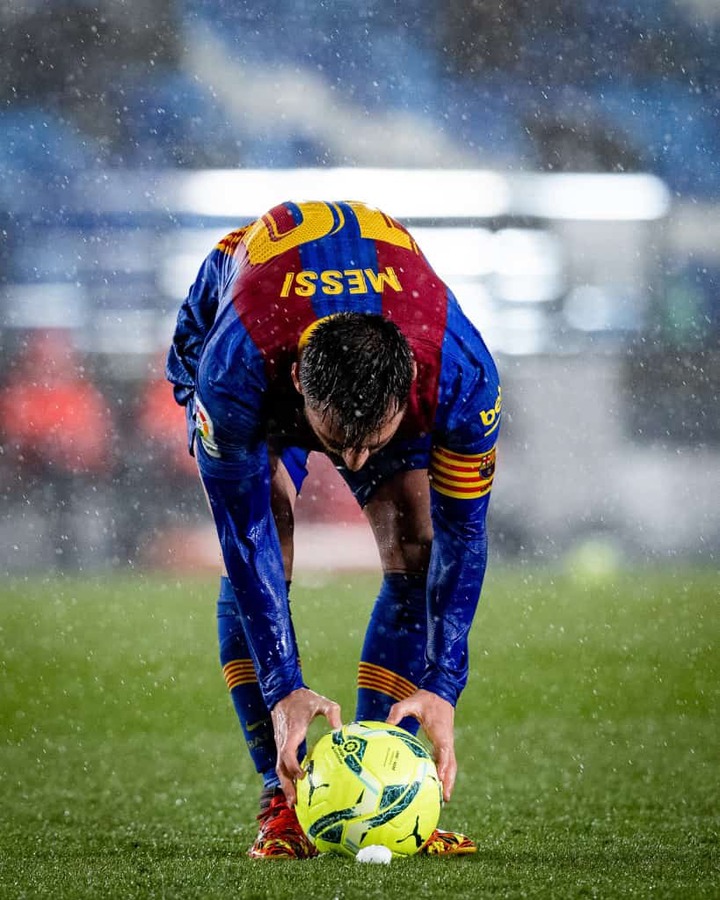