By Hajia_Maryam (self meida writer) | 27 days 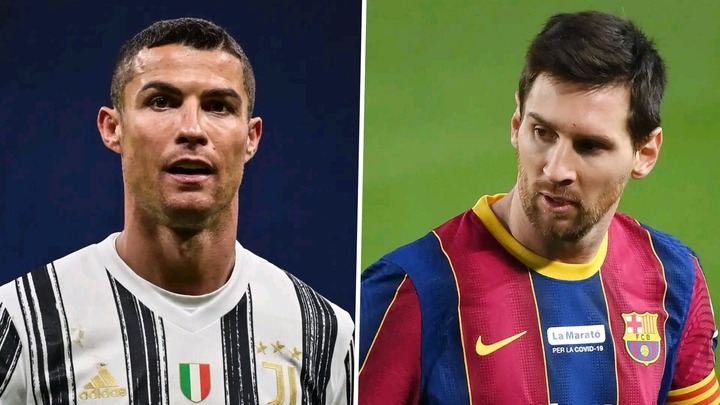 The 21st century is blessed with alot of talented players like Cristiano Ronaldo, Lionel Messi, Ronaldo Nazario, Ronaldinho, Zinedine Zidan among others. We can continue to mention the list of players who have delighted us in recent years with their ability to perform wonders with the ball at their feet. Ranker took an opportunity to launch a survey for their readers to elect the 25 best players of the last two decades.

However, during the Globe Soccer Awards 2020, Cristiano Ronaldo was voted best player of the 21st century for the period 2001 to 2020. While it's a fair decision to some people, other people expressed their surprise because this ranking has caused alot of mixed reactions among fans. But who was really the best footballer on the planet of the 2000s?

Cristiano Ronaldo ranks fourth in the Ranker reader survey, unlike the GSA list. The first place in this particular ranking is occupied by his rival Lionel Messi. Ronaldinho who is a former Barcelona player is just behind Messi in the ranking table. But Samuel Eto'o's twenty-first position is certainly going to be discussed because during his reign he was one of the best in the world.

Do you think Cristiano Ronaldo should have been on the number spot? share your opinions with us

African Presidents Who Died While Still In Office.

Armed robber's exposed for shipping guns into the country.