By TheHague (self media writer) | 2 years ago The increased profitability of football has seen a meteoric rise in the establishment of football academies. There are over thousands of academies globally scouting nurturing talents to feed domestic and international clubs. From a very tender age, a footballer would have to devout time to learn basic football antics and skills as they traverse their way to the top. However some footballers originally nutured their skills on the street before joining the academy but the influence and the opportunities football academy provide for young kids to turn pro attest to the fact that, academy are essentially building talent at the utmost level. 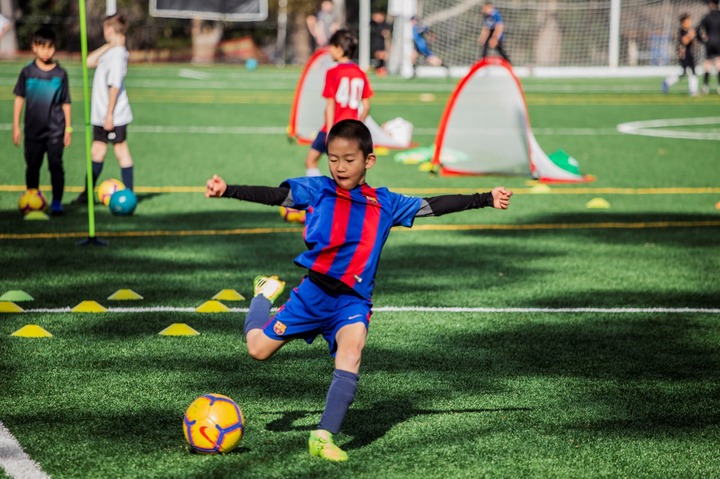 The article list the to ten football academies in the world now based on their capacity in producing x-factors.

River plate are know for producing fantastic talent in Latin America. The academy is committed to scouting for talents on the streets of Argentina. Their youth academy created in 1901 has gained a worldwide recognition as a result of producing talent consistently. The lower division of River Plate is called the "El semillero" touted as one of the best academies in Latin America. Notable products include Hernan Crespo, Alfredo Di Stéfano and Pablo Aimar.

Southampton may not be considered a tough rival but their talents nurturing record can never be disputed. It recently approved £30million to expand it training facilities to further increase their talent nurturing capacity. Famous players to have pass through their youth system include Theo Walcott,Gareth Bale and Luke Shaw.

Arguably one of the best academy in Europe. It was found in 27th December 1967 and has be producing talent ever since. In 2011, it was named by UEFA as one of the 6 best youth academies. It holds the record of having more home-grown players fielded in Fifa worldcup final. It's a longtime reliable source of talent for the Croatia National team. Famous footballers produced by the academy include Luka Modric, Marko Pjaca and Sime Vrsaljko.

Boca Juniors is another prominent reputable academy in Argentina. It invests in scouting young talent in Argentina and developing them to be world-class. Carlos Tevez, Fernando Gago and Gabriel Batistuta are notable talents from their academy.

It is clearly one of the best academies with a lot of European players passing through their systems. Their Purple Talent Projects which focuses on player development makes it stand out as one of the best in Europe. Famous players produced by the academy include Vincent Kompany, Romelu Lukaku and Youri Tielmans.

There is no way Sporting Lisbon can be left out of the best academies in the world considering the world-class talent produced over theses years. Achievements their players have gone on to make demonstrate their scouting prowess. The most famous players to emerge from the academy includes Balon d'Or winners Cristiano Ronaldo and Luis Figo. Despite rivaled by Benfica and Porto, Lisbon is the best in Portugal when it comes to producing talent and one of the best in the world.

Santos is arguably the best academy in Latin America. The main objective of this academy is to discover talented young players wih potential to player for the first team. The academy also prioritize education and health for it trainees. Famous footballers to have emerged from their youth system are Neymar, Pele and Robinho.

It was established in 1902 to educate and train young footballers for the First team. They essential conduct their scouting in the Munich for young talents. Most of the youth in their academy are Germans. Bastian Shweinsteiger, Philip Lahm, Thomas Muller, and Toni Kroos are notable player to have come through their youth system.

After years of consistently producing talents, Ajax deserves the second spot in the list. One of the oldest academies with one of the best youth management team. Notable alumini from their youth include Johan Cruff, Seedorf, Marco Van basten and Patrick Kluivert who have all made indelible marks in world football.

La Masia de Can Planes, famously called La Masia which means " The Farmhouse" in English. It is apparently the best and prominent academy in the world now. The clubs youth system has had a massive influence in the success of the club. They are noted for their distinctive tradition and instilling the total football philosophy into their youth till they get professional.

In 2010, the three footballers shortlisted for Balon d'Or Lionel Messi, Xavi and Iniesta were all academy products. Without doubt La Masia is the best academy in the world

Who wins Ghana league player of the month award as 4 players are nominated?