Andre Ayew, We will communicate while playing Portugal. 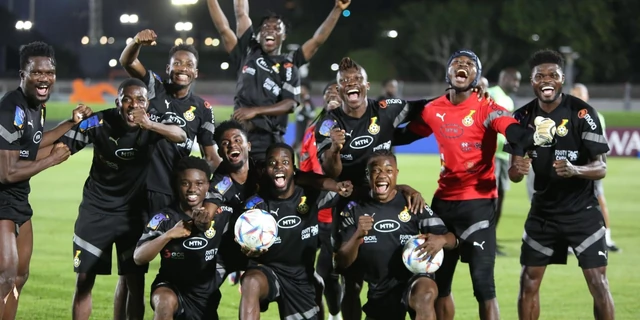 At the current World Cup in Qatar, Black Stars captain Andre Dede Ayew says they are motivated to face Portugal in their group opener.

Andre Ayew said the Black Stars are eager to start their campaign against Portugal on Thursday in a Group H matchup during a pre-game press conference.

He predicted that although the game against Portugal will be challenging, the Black Stars will demonstrate their talent on the field for the full 90 minutes. He claimed that the team had worked hard and was prepared to compete with the best.

"We are all aware that Portugal is the team with the best record going into this game.

"However, later, we must demonstrate that what appears on paper does not necessarily reflect what will occur on the pitch, proving that we are prepared.

"We are prepared and aware that we will be facing a strong team with elite players who were the European Champions a few years ago. He said at the pre-game press conference, "But we believe in ourselves, we know what lies ahead of us, and we are going to do everything to make it difficult for them.

Portugal will aim to outperform their World Cup 2018 performance, as they were eliminated by Uruguay in the second round.

Although the Selecao had been predicted to be one of the competition's favourites, they have only ever advanced to the semifinals twice (1966 and 2006).

Meanwhile, Ghana has returned to the world's greatest stage after skipping the Russian edition in 2018. The Black Stars have qualified for the World Cup four times since their initial appearance in 2006.

With two prior World Cup appearances, including the 2010 World Cup, where they advanced to the quarterfinals, Ghana has a respectable track record.

The two teams will face once more at the World Cup after their first meeting, which Portugal won 2-1, occurred in 2014.