10 Times Sports Blew Our Minds In The Last Two Years

By Original_Mystro (self media writer) | 1 year ago 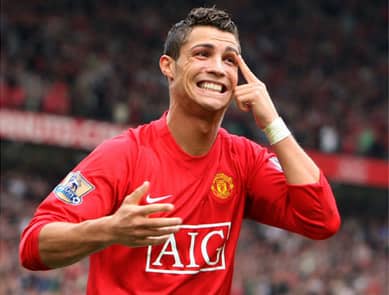 Well, the Golden State Warriors won the NBA Finals in convincing fashion. It was the outcome most everyone expected, and because of that there are some fans who are disappointed. It’s a fair point. The Warriors were so good that seeing them win makes it feel as if the whole season was a slow slide toward an inevitable outcome. And that slide isn’t actually over. According to an early analysis, the Warriors have a 97.8 percent chance to win it all again next year.

But you know what, sports fans? We were due for this prolonged slog of inevitable dominance. We were due because for the last two years sports have been blowing our mind at an unsustainable rate. In case you’ve forgotten how, here’s a look back at 10 times sports left us wide-eyed and slack-jawed in the years leading up to this Warriors win.

Approaching the end of 2015, UFC star Ronda Rousey was one of the most dominant figures in sports. Think about it. Most of her fights ended in a matter of seconds or minutes, and she was still a major draw. People would pay pay-per-view fees just to see how quickly she’d destroy an opponent. And then, she got destroyed. Holly Holm’s knockout of Rousey in November of 2015 was probably the most shocking sporting outcome of the year.

There might not have been an outcome or upset less likely than Leicester City’s fairy tale run to the Premier League title in England in 2016. In European soccer, the richest teams have a massive advantage, and the idea that a club not named Manchester City, Manchester United, Chelsea, Liverpool, or Arsenal could win it all was borderline unrealistic. That’s why Leicester’s triumph shocked people so thoroughly that it was suggested it could change the face of sports betting forever. At odds that at times reached 5000/1 it’s no surprise that the bookies lost pretty big on this one.

It’s not March Madness without some dramatic finishes, but we seldom see a true last second finish in a national championship game. That’s just what happened in the spring of 2016, however, when Villanova’s Kris Jenkins drained a deep three-pointer to snatch victory from the North Carolina Tar Heels as the buzzer sounded. It was the kind of finish that makes you jump out of your seat even if you don’t have a rooting interest.

4. The Cavs Come Back

In the 2016 NBA Finals, the Cavaliers trailed by a 3-1 deficit in a best-of-seven series—against the greatest regular season team in the history of the sport. Any comeback from 3-1 down in a Finals series would have been unprecedented. That they pulled it off against the 2015-2016 Golden State Warriors was the stuff of legend.

A Chicago Cubs World Series win was once considered so unlikely that TV shows and movies made jokes about the future by talking about when the Cubs might be champions. But they pulled it off in 2016. And they did so with their own dramatic series comeback, and by winning one of the great game sevens in sports history. Just as a reminder, here are all the ways the world had changed since the Cubs had won their last title.

In the college football playoff that took place early in 2017, we got the matchup a lot of fans expected to see. The Clemson Tigers and heroic quarterback DeShaun Watson went up against an Alabama team that more or less boasted an NFL defense. That defense was en route to finishing the job just as it did the previous year, when Clemson mounted a late comeback and pulled off the upset.

7. Federer Finds The Fountain Of Youth

Roger Federer has never fallen so far that he couldn’t compete with the best players in tennis. But his 17th Grand Slam title came in 2012, and his glory days were mostly pre-2010. This season he exploded onto the tour and fought through the Australian Open field to seize his 18th slam at age 35—and against his long-time nemesis Rafael Nadal, no less. It was one of the great age-defying triumphs we’ve ever seen in sports. Perhaps it’s no surprise that in nearby Tasmania scientists are seeking the fountain of youth.

The New England Patriots have pulled off just about every feat a team could possibly manage in football, but this year’s Super Bowl comeback was amazing even for them. Down 21-3 at halftime, they somehow found a way to claw back and win the game 24-28. It was about at that point that, given everything listed before this, sports started to feel a little ridiculous.

It was bound to happen at one point or another, but it still seemed impossible. The Connecticut women’s basketball team had amassed a winning streak of more than 100 games and was steamrolling toward yet another national title when, in the Final Four, Mississippi State got in the way. A buzzer beater from Morgan William, in overtime, sealed the deal and sent the Bulldogs to the national championship.

Rafael Nadal winning the French Open should never be surprising. He’s the best clay court tennis player of all time, and before this June he’d won this tournament nine times. But like Federer, Nadal was thought to be well past his prime. In fact, his position was even more precarious given his numerous injuries and trouble consistently staying on tour. Nevertheless, Nadal found a way to regain his utter dominance and crushed the French Open field without dropping a set.

Now tell me that doesn’t make for a wild and crazy couple of years in sports. We were conditioned to the point that a Cavaliers comeback from 3-0 down in the NBA Finals almost seemed like the natural next thing. But every now and then, what’s supposed to happen actually does.

Content created and supplied by: Original_Mystro (via Opera News )