This season's English Premier League (EPL) has seen a very keen competition among teams from the start. Teams are putting up good performances and doing their best possible to accumulate the required points form each of their respective games.

Arsenal was been spoken about by fans for their poor performance during the team's first three (3) games. The Gunners seem to have gotten the missing piece in their puzzle and have thus been able to pick the needed points in its subsequent games. The Gunners have moved from having no point after its first three (3) games to having 14 points after 9 games. Thus the North London club has managed to obtain 14 points out of the 18 maximum points in six (6) previous PL games. Manchester United who were far ahead of Arsenal after three PL games are now on level points with Arsenal. This comes after The Gunners put three goals past Aston Villa at the Emirates Stadium. Goals from Ghanaian international, Thomas Partey, Gabonese international, Pierre-Emerick Aubameyang and teenage sensational player, Emile Smith-Rowe secured the 3 points for Arsenal at home.

Check below for the current EPL table: 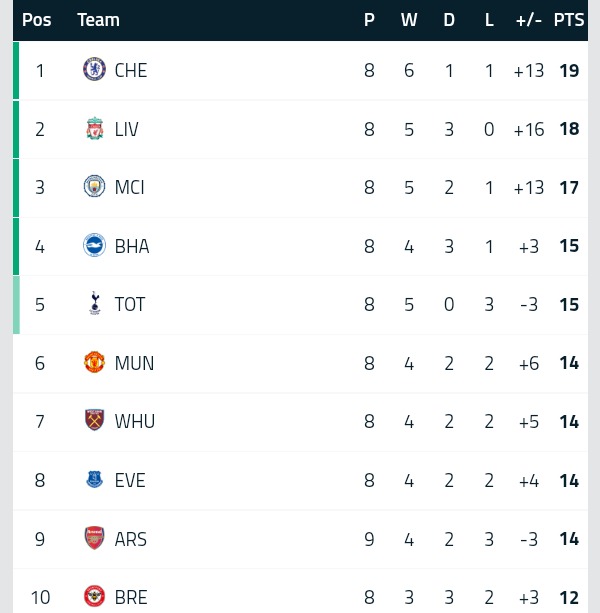 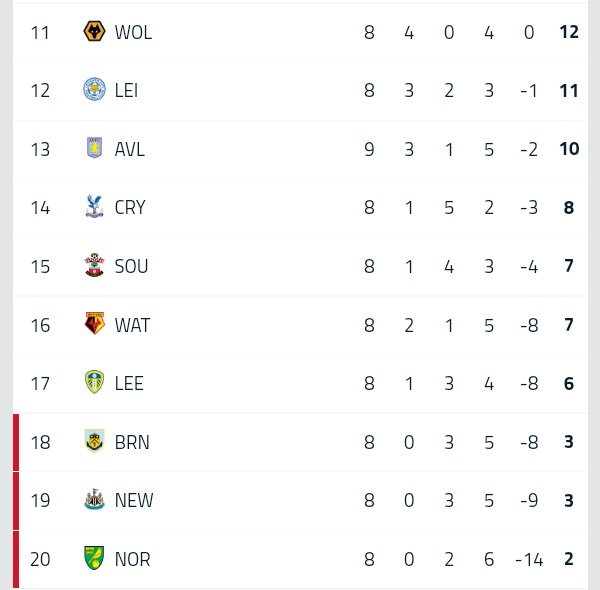 The North London is not on level points with only Manchester United but also with Everton and West Ham United. Arsenal now sits at the 9th position on the league table and is 5 points away from the top spot where Chelsea is placed.

Could Manchester United's Ole also adopt Arsenal's winning mentality after The Red Devils has gone three consecutive PL games without a win? Share your thoughts with us by leaving all your comments below.