By Obese Samuel (self media writer) | 2 months ago

France coach Didier Deschamps has announced his Les Blues squad for 2022 World Cup in Qatar, with Karim Benzema included in the side despite injury concerns.

Eduardo Camavinga, who celebrates his 20th birthday on Thursday, was one of 25 players named to the side on Wednesday, along with fellow Real Madrid midfielder Aurelien Tchouameni .

Big names like Benzema, Kylian Mbappe and Antoine Griezmann have also been included. While the form of Oliver Giroud has seen the AC Milan striker included.

Barcelona pair Jules Kounde and Ousmane Dembele are also among those called up as France looks to defend the title they won in Russia four years ago.

No concerns over Benzema fitness

Although Benzema has missed Real Madrid's final games before the tournament due to muscular fatigue, the France staff have no concerns over his fitness.

Key names like Paul Pogba and N'Golo Kante will miss out through injury, along with AC Milan's Mike Maignan, while Manchester United's Raphael Varane has been selected despite suffering a knee injury in October.

Meanwhile, Real Madrid's Ferland Mendy has also been left off the squad, along with Aston Villa's Lucas Digne. 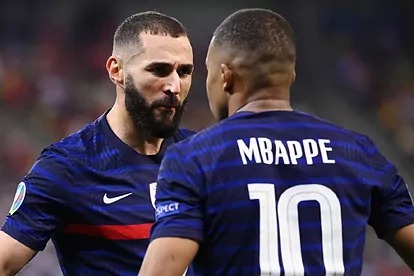 Content created and supplied by: Obese Samuel (via Opera News )