By Evaghtvsports (self media writer) | 2 months ago 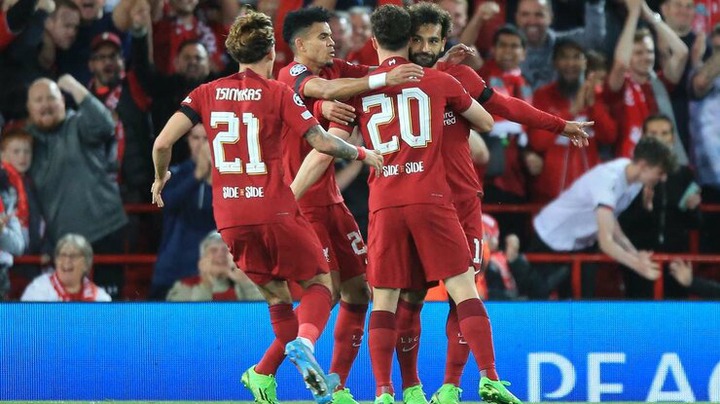 Liverpool entered this game off the back of their joint-biggest UCL defeat against Napoli, while Ajax were enjoying a run of seven consecutive victories in all competitions, including a 4-0 win over Rangers. After an even opening quarter-hour, the Reds got precisely the boost they needed as Luis Díaz’s flick-on from Alisson’s long ball forward found Diogo Jota, who slipped Mohamed Salah through for the Egyptian to end his four-game goalless streak. Anfield was filled with confidence as Díaz and Jota both came close to adding a quickfire second.

De Godenzonen remained calm, though, and patient build-up saw Daley Blind’s pass down the left wing release Steven Berghuis. The Dutchman then found Mohammed Kudus who smashed an unstoppable rocket in off the underside of the crossbar for his fifth goal in four matches. On Trent Alexander-Arnold’s 50th European appearance, the right-back’s ambitious strike sailed agonisingly over the crossbar, his corner saw Virgil van Dijk’s powerful header denied by Remko Pasveer before the goalkeeper made a double-save to stop the right-back before HT.

In a blistering start to the second period, Jota’s shot was saved seconds after Kudus had a penalty appeal turned down. The hosts continued to look for a way through Ajax’s resolute defence, but Blind’s intelligent intervention prevented Salah from reaching Matip’s header across the face of goal, while Harvey Elliott could only find the side netting from a tight angle soon after.

It felt as though the game was destined for a draw as Darwin Núñez dragged his effort wide and Salah’s effort deflected wide off the post, but Matip’s header just about crossed the line in the 89th minute despite Dušan Tadić’s best efforts to deny him. So, in addition to having lost their opening home game just twice in their last 47 European campaigns, Liverpool have their first UCL win of the season. Meanwhile, Ajax’s run of seven consecutive UCL group stage wins comes to an end.

Content created and supplied by: Evaghtvsports (via Opera News )

Five (5) Differences Between Crushing And Falling In Love