Antonie Greizmann has been in the Spanish headlines since last week following reports about the Frenchman's exit from the club. According to popular Spanish outlet Marca, Barcelona's dire financial conundrum means the sale of the Frenchman this summer is inevitable and would be sanctioned by the club as soon as they find a buyer. The 30 year old's price tag reads €60m on transfermarkt, however it is rumoured the Catalan giants is ready to take any decent amount less than his actually price tag to get rid of Greizmann in the next few days. 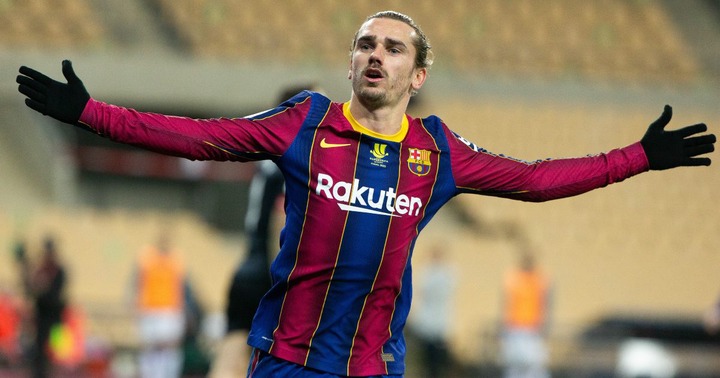 Greizmann's sale is the primary goal of the team's hierarchy as it is the only option left for Barcelona before they can officially inducte their new signings into the team. There were speculations in the past few hours about Greizmann's possible return to his former club, Athletico Madrid. The 30 year old spent five years at Athletico Madrid where he was the club's outright talisman before sealing a big money move to the Camp Nou last two years. Responding to the Frenchman's return to the Rojiblancos, Athletico Madrid fans have quashed the speculations vehemently claiming they don't want him back. The fans have gone to the extreme to start a twitter campaign which is currently trending dubbed #GreizmannNoTeQueremos which translate in English as, "Greizman you're not wanted". 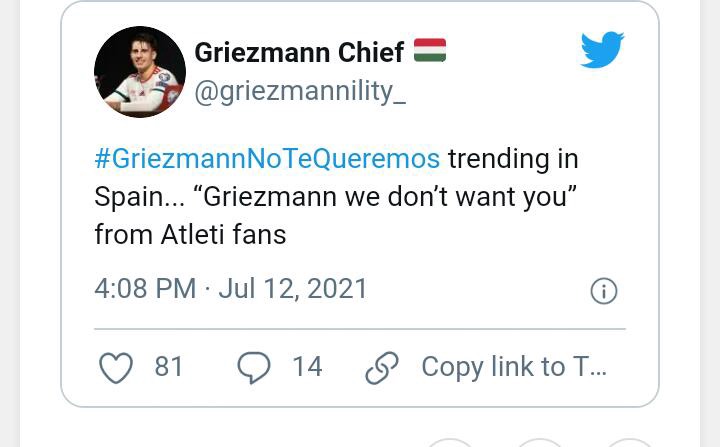 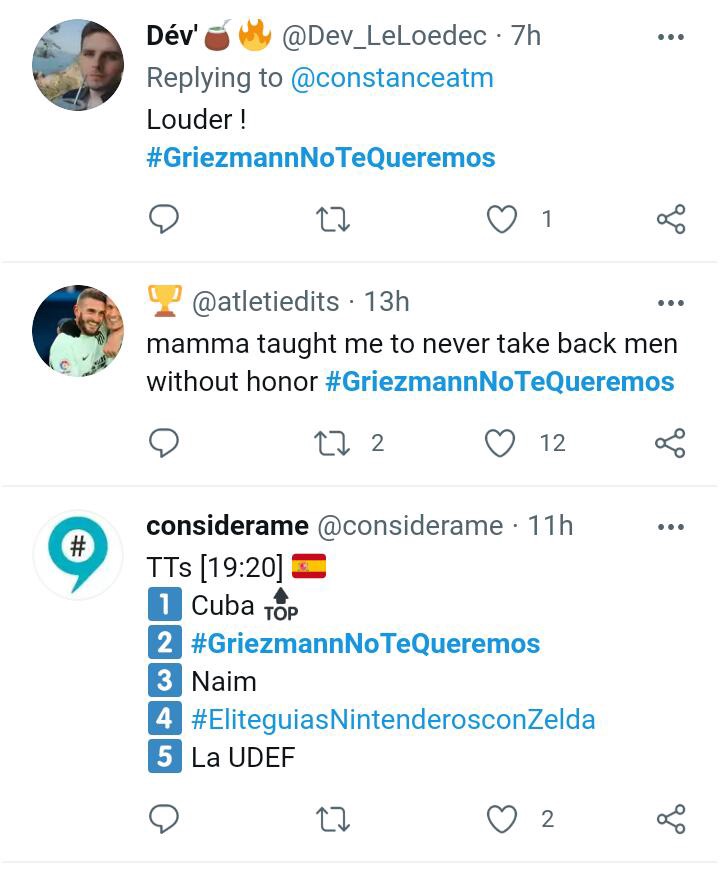 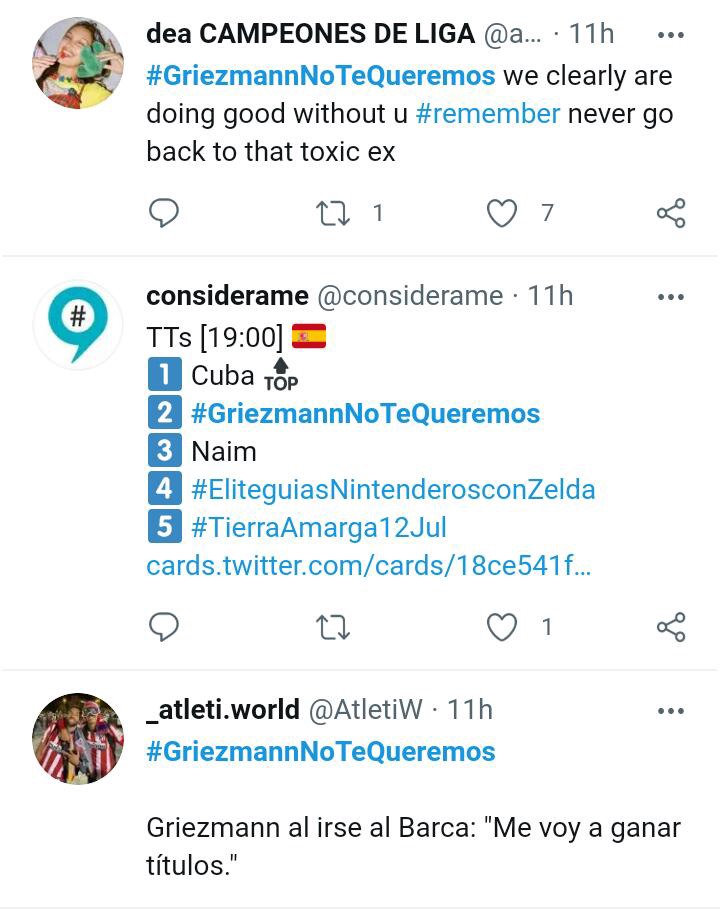 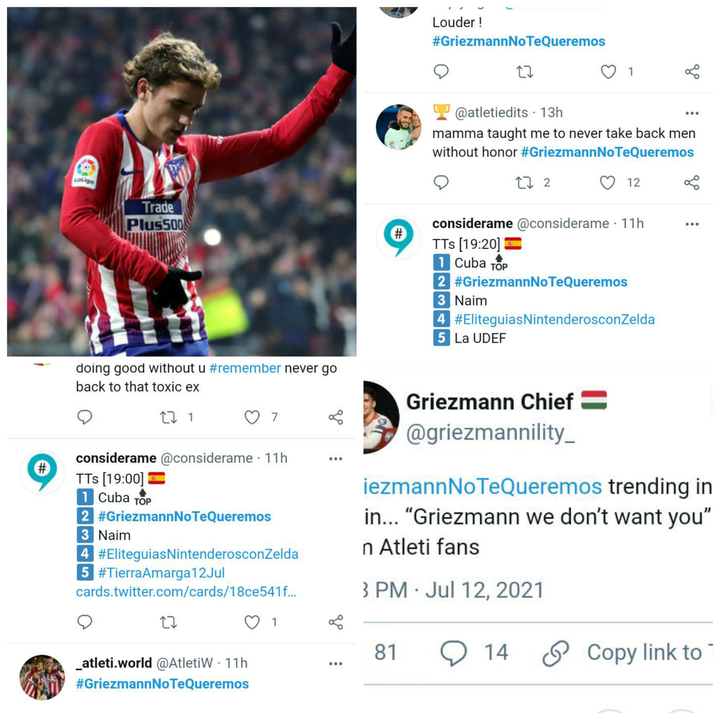 Apparently Athletico fans are venting out their resentment they harbor for the Frenchman, after he went on to end his stay at the Metropolitano when the club needed him most. At the moment, the fans believe the club is moving on well and thriving in his absence so they no longer miss him and they're not expecting his return. The hostile reaction means Greizmann must aim a move elsewhere. The world cup winner also made it clear to Barcelona he would only leave if the club would sell him to a competitive club. In order words, Greizmann wants to continue playing in at the top level for a big European team next season and if there is no suitor with that pedigree, he would reject any transfer move. 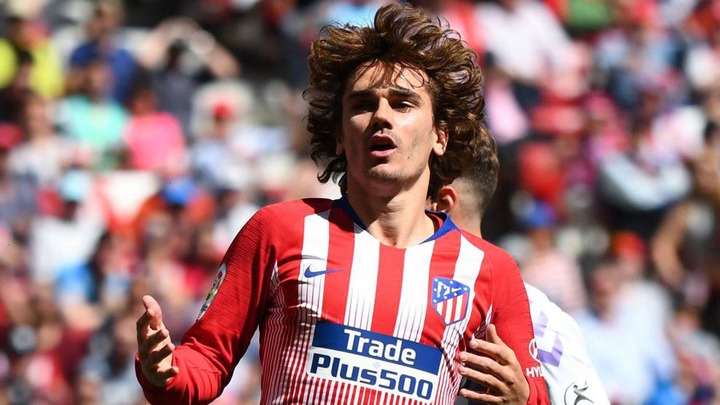 Manchester City, Chelsea, Paris Saint-Germain and Juventus are reportedly monitoring the 30 year old and a transfer is overly possible in the coming weeks.