Pictures of Chelsea fans at the shrine circulates on the internet

By the_Kelvin_guy (self media writer) | 6 months ago

Today happens to be one of the greatest days in football history. It is the finals of the UEFA Champions League. Porto is going to host this great competition and it is going to be between two of the best teams in England and the world at large.

The world is waiting to see these two great teams perform on the biggest stage. The trophy is set to be taken, who will hoist their flags with smiles at the end of the day and who will cry when it all goes down?

The world has been divided into two. The deep blue or the sea blue.

Chelsea is playing Manchester City and it seems most of the people worldwide are in support of Manchester City due to the mere fact that they think Chelsea supporters are noisy and will pollute the world with noise should in case they get hold of this trophy.

Well, this has got many Chelsea fans over the world creating hilarious contents about how they are going to triumph even though they are being hated by most people in the world.

Trending right now is a certain Nigerian guy who has been creating content about how Chelsea is strengthening the team spiritually. He is known as Zubby2f and he's really doing well with his crew. They have released some pictures which are nice and funny at the same time.

You take a look at them below;

1. Over here, he has seen that the battle goes beyond the physical and has come to consult a fetish priest in his shrine to help the team out. Interestingly, he went with his fellow Chelsea supporters and they went in their numbers. 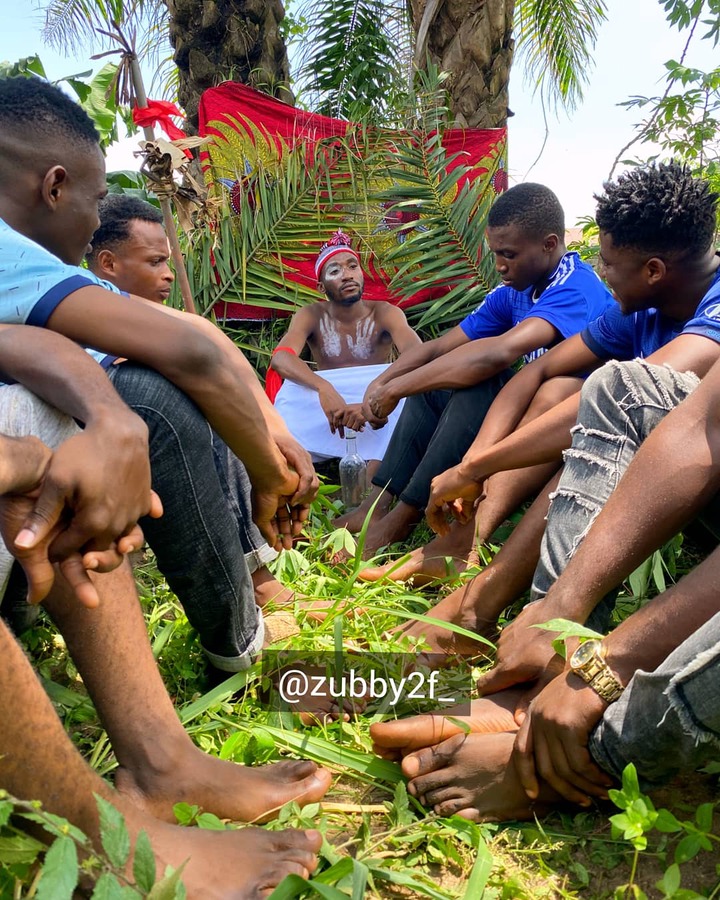 2. I don't know what happened but I think the priest has also fallen in love with Chelsea. It is either he has always been a Chelsea fan and had the jersey around or these guys took it to him 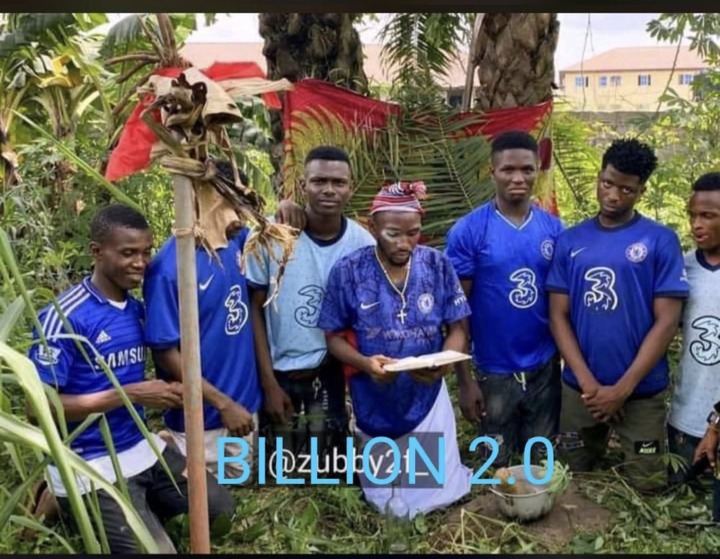 3. He has realized that he can't rely on only one spiritual force and there is now fighting for the team in the Christian way. Prayer is the key but I wonder who prays with a dictionary. This guy is funny 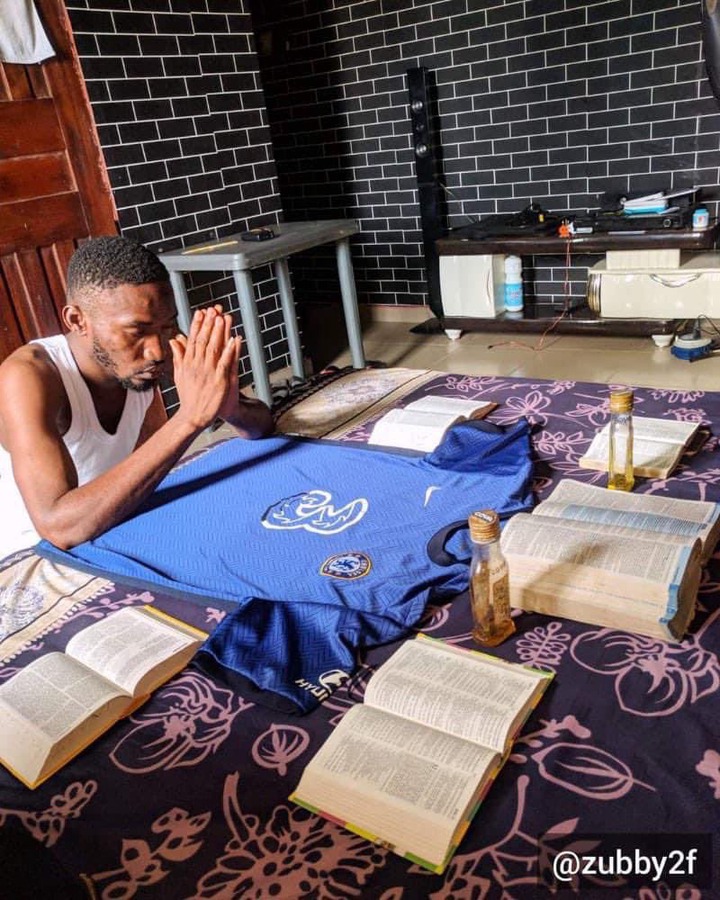 4. The prayer and chanting continues over here 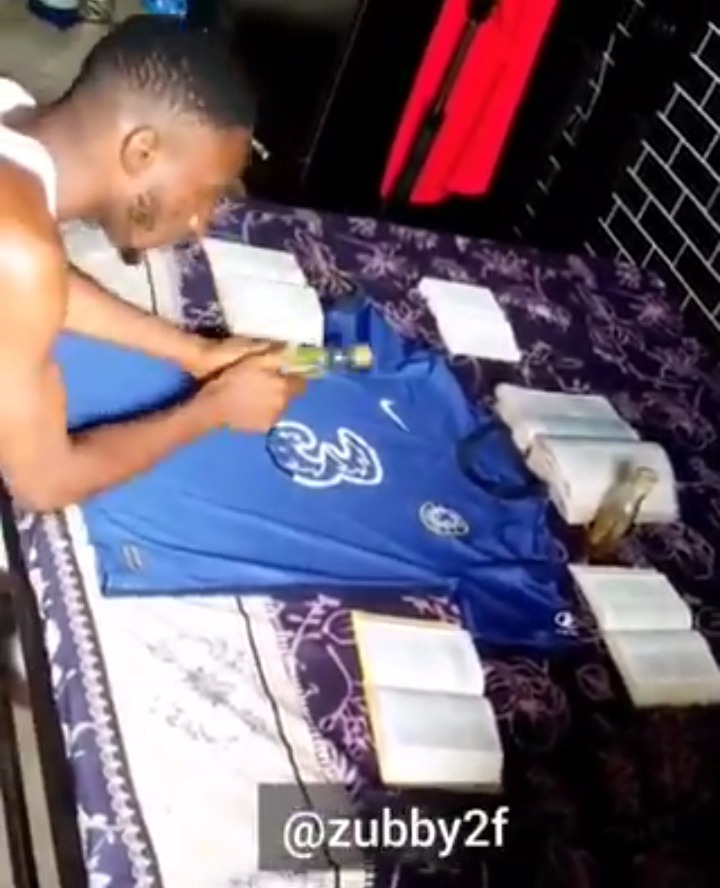 Many people out there are speculating that the Chelsea fans are afraid and are doing these out of fear. Could fear be the reason behind all these?

Should Ken Ofori-Atta Table A New 2022 Budget Before Parliament Or The Current Will Be Approved?