By Walasty12 (self media writer) | 7 months ago 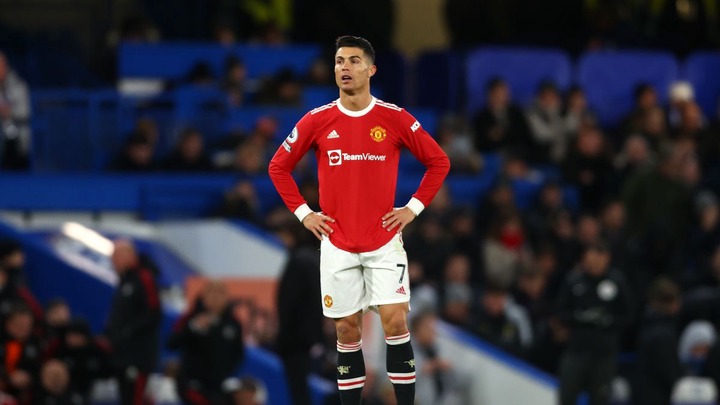 Manchester United have had some poor run of games and the team's performance has taken a nosedive. Is Ronaldo the cause of Man United's woes?

Jamie Carragher, a former Liverpool defender, thinks Manchester United made a mistake when they signed Cristiano Ronaldo this summer.

Carragher believes the former Real Madrid striker is to blame for the Red Devils' inability to gel as a unit.

"United scored 121 in all competitions in 2020/21, their highest tally for 14 years, That is because they were a more balanced, unified team than now," he added.

"And there is noise when we notice the underwhelmed reaction whenever United score and Ronaldo is not the goalscorer, as was the case when Marcus Rashford struck a last-minute winner against West Ham in January."

"When a manager leaves out a 37-year-old, there should not be any noise."

"No single player can ever be bigger than the club. And no-one knew that better than Sir Alex Ferguson who, in 2006, sold one of the Premier League most prolific goalscorers, Ruud Van Nistelrooy , because he felt the striker's personal hunger for goals was inhibiting the progress of younger, emerging team-mates."

"If his United reunion is limited to one season, letting him go will solve more problems than it creates," Carragher wrote.