Premier League team of the week for match day 4 (Opinion).

After Match day 4 in the Premier League, we have carefully selected some good performers across all teams over the weekend.

Below is our premier league team of the week

Eduard Mendy occupies the goal post after making an impressive six saves to deny Aston Villa from scoring. The Senegalese has only conceded one goal this season which was from a penalty kick.

Trent Alexander Arnold seen to be getting back to his best after he made another assist over the weekend. He has created 20 chances in the league so far which is the highest so far.

Luke Shaw made an assist to Cristiano Ronaldo to score his second goal on Saturday. He also made some blocks and clearance.

Ruben Dias partners Thiago Silva at the center defense after displaying a marvelous performance against Leicester City and Aston villa respectively. They both managed to record clean sheets in their tight contest.

He returned to continue his legacy in World football and England has been the luckiest destination for his return, this is not any other player but Cristiano Ronaldo. He scored 2 goals on his debut to help Manchester United beat aggressive Newcastle United. Romelu Lukaku also scored twice to put Chelsea at level with Manchester United on top of the league table.

Enjoy the full line up below; 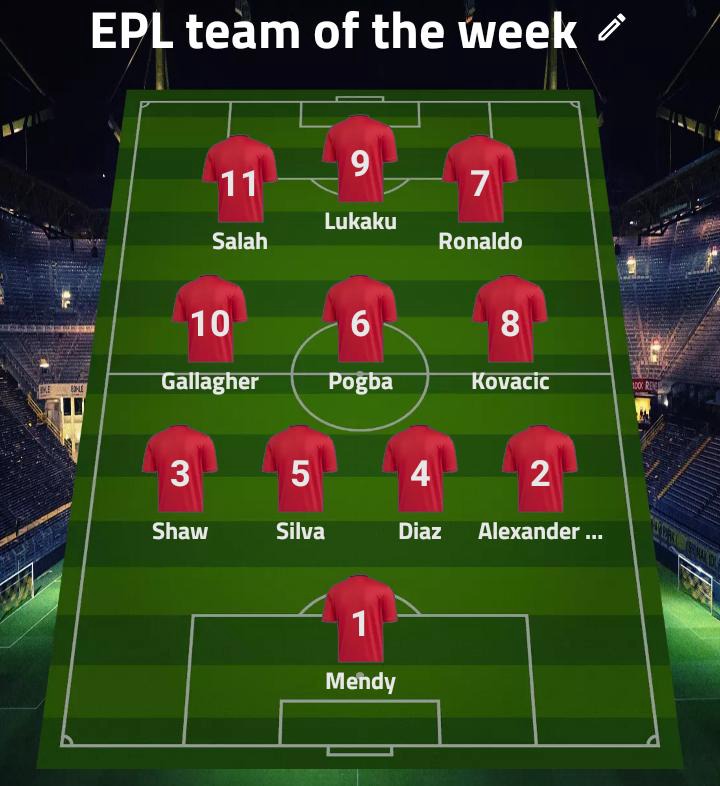 Mohammed Salah scored his 100th Premier League goal over the weekend. The Egyptian continue to impress the World with his fantastic performance.

Your comments are welcome