Milovan Rajevac says we are here to prove them wrong

By KwadwoSarfoGh (self media writer) | 4 months ago 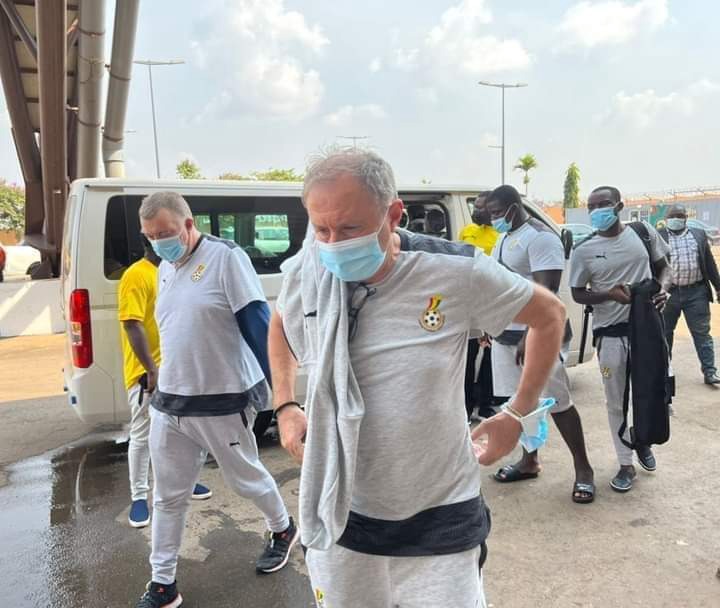 Milovan Rajevac says nobody believes us nobody rates us as favorite for the tournament but we are here to prove them wrong,it's good for usThe black stars head coach Milovan Rajevac in an interview with the Ghana Football Association communications department has assured the fans of the Black Stars not to worry because there is a lot of talent for him to make the team even stronger and competitive.

The stars won against Zimbabwe in a home and away fixture in the world cup qualifier at the Cape Coast sports stadium and in Harare. The win increases the chances of the stars to qualify for the world cup.

The coach Milovan Rajevac who opines he’s not autocratic believes all the consequences lie at his doorstep should the stars fail to deliver and is confident there’s a lot more time for the players to develop.

Ghana captain Andre Ayew has credited head coach Milovan Rajevac for his tremendous rise with the Black Stars over the years.

Since making his debut as a 17-year-old under Claude Le Roy in 2007, Rajevac has always fielded Andre ahead of far more experienced players since taking over Ghana in August 2008.

The Serb selected the now 31-year-old ahead of established internationals like Sulley Muntari at the 2010 Africa Cup of Nations and subsequently the World Cup in South Africa.

Rajevac is always credited for having faith in youngsters as he believed and promoted the core of the 2009 U20 World Cup-winning team into the Black Stars.

He transitioned the likes of Andre Ayew, Jonathan Mensah, and Emmanuel Agyemang Badu into the Black Stars.

“Coach was here years ago, and I learned a lot from him that took me to another level,” Andre said.

“So, I believe these young boys, if they give what they have and does it right, they will have the opportunity to show the whole world what they can do.

“So, I will just encourage them to work hard and help us win. We are all here to win, young, old, small. The coach has a thing to spot the young talents and give them the opportunity to play.”