Chelsea started off the 2017 Premier League season with a win against Everton by the score of 1-0, while Tottenham breezed to a victory over Southampton by the score of 4:1. On match day 2, Chelsea will compete against Spurs, and owing to the latter team's significant additions of new players so far this summer, the game is anticipated to go in Spurs' favor.

In light of the aforementioned information, let's take a look at how the Blues may line up for their next match against Antonio Conte's team.

After making a succession of saves to keep his team in the game against Frank Lampard's side, the Senegalese goalkeeper will resume his duty behind the sticks for Chelsea. He is the number one goalkeeper for Chelsea.

When Chelsea played against Everton, Koulibaly, Azpilicueta, and Silva formed a formidable defensive trio. Even though it was Koulibaly's debut game in the Premier League, he had a fine game for Chelsea at Goodison Park. At the same time, both Silva and Azpilicueta had outstanding performances.

Mateo Kovacic and Ngolo Kante are the team's midfielders.

Marc Cucurella and Reece James are the wing-backs for the team.

Marc Cucurella, a former star for Brighton, made his debut for the Blues off the bench. Despite playing fewer minutes than Ben Chilwell, who won the penalty, his impact was felt on the left side. He had a chance to get an assist on his first game after threading a pass through to Sterling in the box, but Sterling's shot that was headed for the back of the net was blocked. Cucurella could have gotten an assist on his first game.

Sterling, Havertz, and Mason Mount were all used in the match against Everton, but it was Sterling who was the one in charge of the last third of the field, while Havertz and Mason Mount both had mediocre performances. The latter is expected to continue playing on the right side of the field, while Sterling may play on the left side of the field and Armando Broja could start up front. During his loan stint at Southampton, the 20-year-old scored against Spurs in a game that the Saints won 3:2 at the Tottenham Hotspur stadium, and it is expected that he would replace Kai Havertz in the starting lineup. 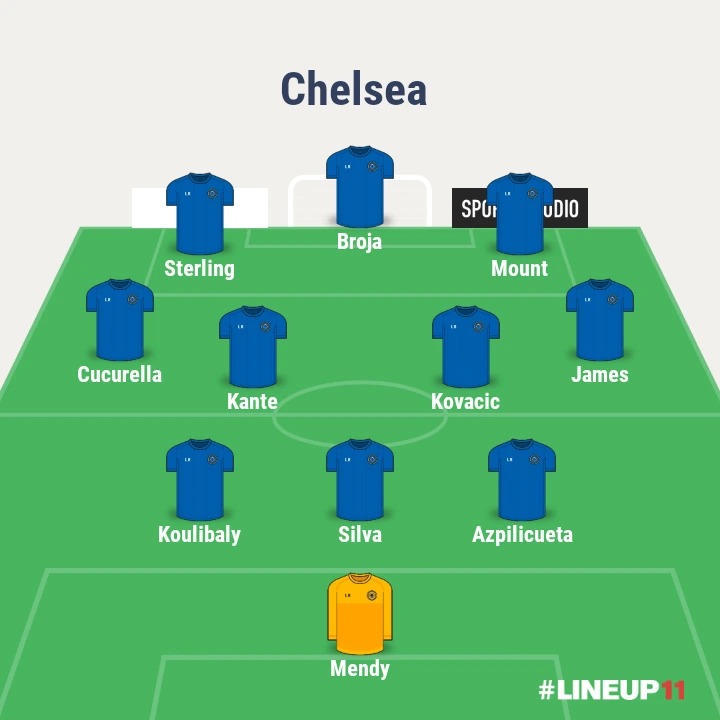