By APSPORTS (self meida writer) | 23 days

The popular footballer Stephen Manu known by name B. A nationwide is one promised footballer who started his football carrier in Kintampo. 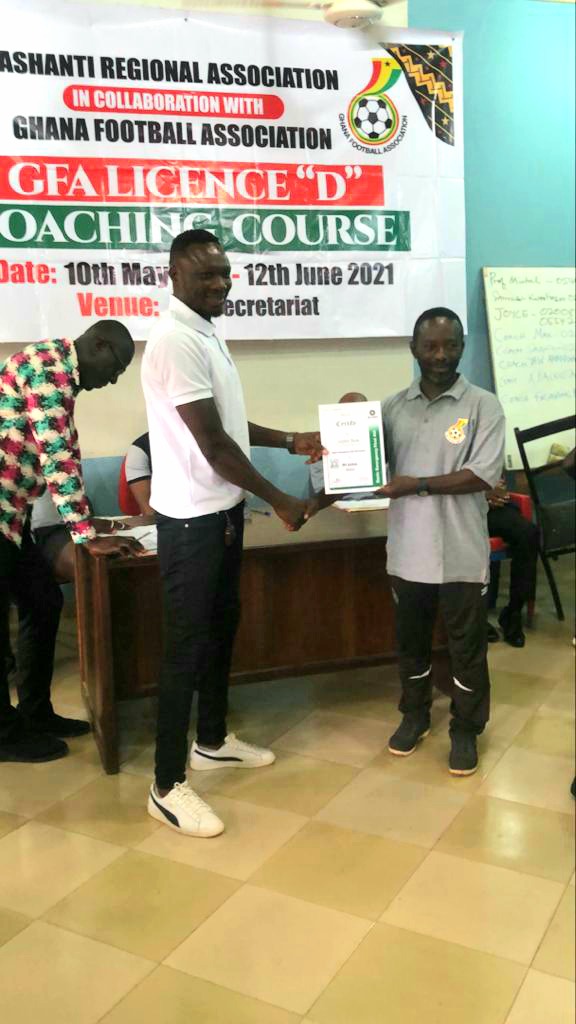 During his childhood stage he played the Walaa Fc. He later joined the Kintampo Young Destroyers Fc ( Now Kintampo Fc in Division one) at the juvenile level till he was matured enough. Stephen Manu then joined B.A United.

The biggest transfer he made in the GPL is his move to Ashanti Kotoko. Because of his powerful striking abilities during that time gave him the popular name B.A due to where he came from, Bono Ahafo United football Club in the Bono Ahafo Region.

He also in 2009 and 2011 played the CHAN tournament(Local Black Stars) for the nation. Further serving the nation he played the national U-23 team.

After his international assignment in Thailand, he came to captain the Techiman City FC in the GPL.

Now he is playing New Edubiase where he assist in coaching.

He has attained the Ghana Coaching license D certificate in the just ended coaching course organized by the GFA in the Catch Them Young Coaching course.

During an interview with a sports journalist Mr. Asiedu Busi at Kintampo, Stephen Manu(B. A) express his mood with the completion of the course and encouraged that his colleague footballers should also take advantage in every opportunity in their football carrier. 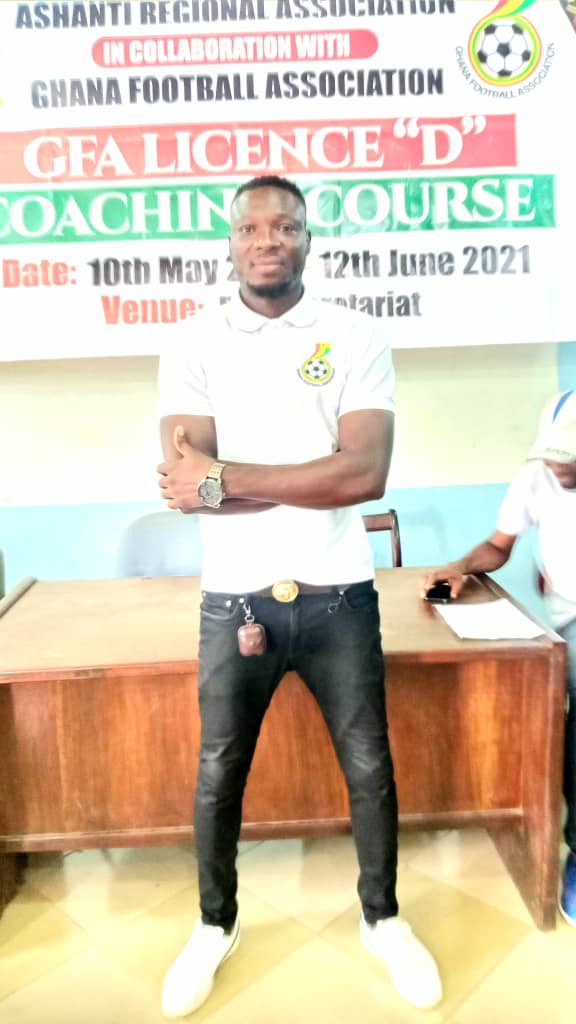 He added that retired footballers can enter into coaching carriers as others do in the outside parts of the world. According to Stephen answering more question from Mr.Asiedu revealed his hope to coaching the National team one day.

He will come to his best as he has been in recent years, we need to be behind him in times like this

Top Footballers Childhood: Can You Guess Them All?

Princess Chidimma Causes Stir As she flaunts In Hot and Amazing photos.