The Golden State Warriors defeat the Clippers in Los Angeles

By fiifi_koomson (self media writer) | 1 month ago

The Golden State Warriors currently hold the best record in the Western Conference and the NBA, having lost only 2 games so far. With the likes of Stephen Curry, Draymond Green, Jordan Poole, Andrew Wiggins and other outstanding players on their bench, the Warriors seem unstoppable this season. 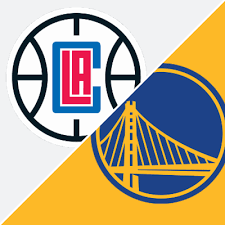 The Warriors took on the Los Angeles Clippers at the Staples Centre on Sunday. The Clippers sit at 5th in the Western Conference behind the Warriors, the Phoneix Suns, the Utah Jazz and the Dallas Mavericks. With the eyes of the Warriors set on championship, they sought to maintain the best record in the NBA. 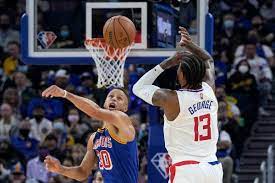 Curry continued his MVP-type season. He delivered 33 points, 6 assists, 5 rebounds and 6 steals while shooting 55% from the field and 54% from beyond the arc. Porter Jr. and Wiggins scored 18 and 17 points respectively to carry the Warriors pass the Clippers. Clippers’ Paul George also put up good numbers. He scored 30 points and made 5 rebounds and 5 assists.

The Warriors visit the Phoenix Suns in their next match up

Content created and supplied by: fiifi_koomson (via Opera News )

For Women: Three Effective Approaches On How To Control Your Man

Then And Now Picture Of Chandranandini Cast Nandini Will Amaze You

Joey Papps an up coming Star believes the top Stars (artiste) helps them a lot.

Hard times for the government; the Common Fund Secretariat allegedly asked to go for a loan

A Pastor Had Been Sentenced To Death For Blasphemy In Pakistan