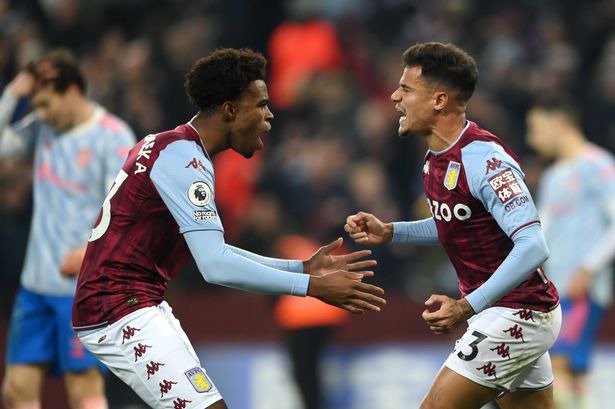 Phillipe Coutinho came off the bench to inspire a Aston Villa to a thrilling comeback as they earned a 2-2 draw against Manchester United at Villa Park.

Bruno Miguel Fernandes scored in both halves as Manchester United went two goals up and looked to be on a course of comfortable win and one of their best performances under Ralph Rangnick.

Phillipe Coutinho was introduced just after the second goal and after Jacob Ramsey have halved the deficit, the Brazilian got his new club level and started his Villa career in some style.

Manchester United were without Cristiano Ronaldo and Marcus Rashford due to injury, while Luke Shaw and McTominay were suspended and Harry Maguire only earned a place in the bench. 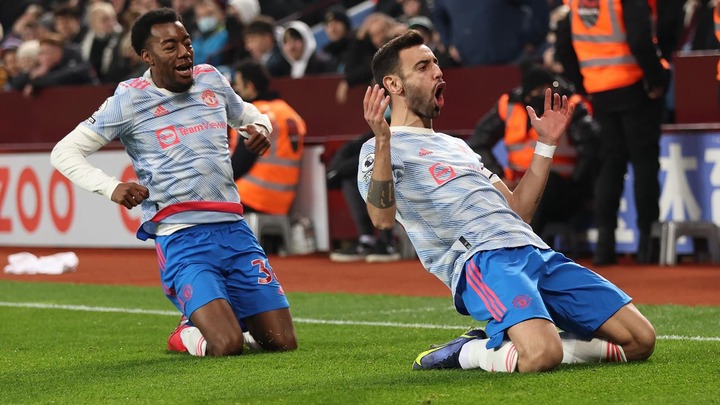 A team in need of a confidence boosting performance got an absolute gift after just six minutes. Alex Telles flicked a free kick for Bruno Fernandes to bring forward and he went for a Goal from outside the box.

Aston Villa goalkeeper, Emi Martinez took the easy and very comfortable but the ball mistakenly slip through his hands and could not prevent it rolling over the line.

Martinez put that behind to make a really good save from Mason Greenwood when the ball bounced to him in the box and the Manchester United forward has a shoot from the edge of the box fly just wide.

Aston Villa improved slightly, with Ollie Watkins curling curling a tame effort at De Gea before the Spaniard also saved from Emi Buendia's header as United went through the break deservedly in front. 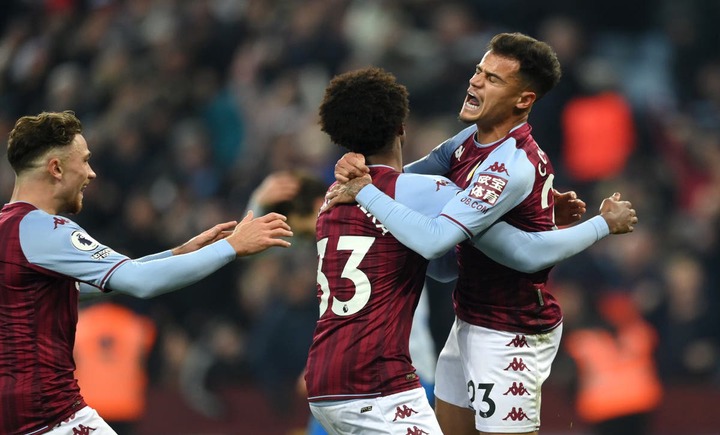 It was bright start to the second half from both side, with Anthony Elanga seeing a shot palmed away by Martinez before De Gea got down well to deny Jacob Ramsey.

But Jacob Rsey started the comeback as Fred attempted an interception played the ball perfectly into the path of the midfield an he hammered it past De Gea.

And Coutinho made it a debut to remember just five minutes later, as he strike the ball to net upon receiving a pass from Buendia when Raphael Varane was unable to cut out the cross. This made the ge finished level after a breathless final 20 minutes at Villa Park.