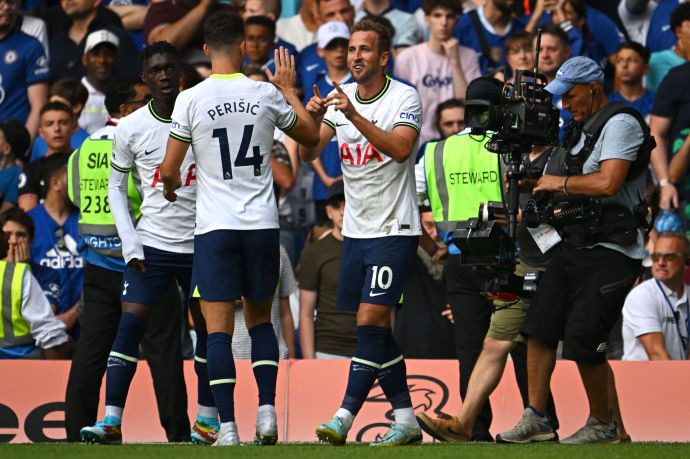 Tottenham Hotspur snatched a 2-2 draw from a heated match against Chelsea in which Antonio Conte and Thomas Tuchel sparred thanks to a stoppage-time goal from Harry Kane.

In this London derby at Stamford Bridge, Reece James' goal on 78 minutes appeared to have secured the Blues the three points, but Kane flicked home a corner kick in the 96th minute to salvage a draw for the visitors.

Chelsea dominated the game for the majority of it, and Kalidou Koulibaly scored the game's first goal in dramatic fashion by volleying in a corner from Marc Cucurella.

In questionable circumstances, Spurs tied the score in the second half when Pierre-Emile Hojbjerg shot past Edouard Mendy despite Chelsea's protests about a possible foul and offside. This led to the first on-field altercation between Conte and Tuchel. 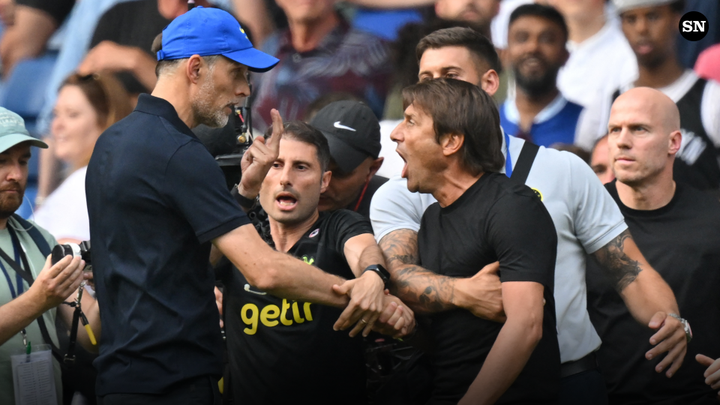 With only 12 minutes remaining, Sterling set up James to give Chelsea a 2-1 lead, but Kane scored the game-winning goal in the final seconds. After the game, Conte and Tuchel got into another heated argument, with Conte being pulled towards Tuchel by the Chelsea manager after a handshake. Both men received red cards for their actions.

Over the course of this game's 90 minutes, Chelsea was the team that played the better game overall. The Blues finished with a higher expected goals number and had more shots than Spurs (1.53 to 1.06). But Conte's second-half adjustments were successful and played a significant role in Tottenham stealing a point.

Richarlison's substitution for Ryan Sessegnon forced Spurs into a 4-2-4 formation. This resulted in a loss of possession in the middle of the field, but it also made the game more open and allowed Tottenham more opportunities to trail. It was a risk, but it was profitable.

Chelsea's first goal was a team effort between Cucurella and Koulibaly, and the Blues' fresh additions are already establishing themselves. Tuchel understands the necessity of integrating his new signings right away, whilst Conte has mostly chosen to hold them back in the first two games of the season.

Sterling, a Chelsea player, is yet to get his first Premier League goal, however he assisted in this game. Cucurella provided Chelsea with a left-side outlet, and Koulibaly strengthened their defense by bringing strength and presence. Each of the three players has benefited Tuchel's squad.