Today marks exactly six days the Azzurris of Italy won the EURO2020 competition, after they emerged victorious in their final game against the Three Lions of England at the Wembley stadium. England had high hopes of winning the tournament by virtue of the fact that, they had a decent squad and the finals was going to be played at in England. Their hopes were further fortified when they opened the scoring after just two minutes into the game which made it seem they were in for a smooth finals. However the heroics of Leonard Bonucci, Joginho, Chellini and several others in the Azzurri's team saw them equalize to send the match into extra time where Italy won on a penalty shootout.

The Italians triumph sparked wild celebrations on the street of Rome and several other vicinities in Italy. Italians are known for their aggressive penchant for football and it was no coincidence one die hard Italian spectator, went for one of the most intriguing tattoos out of jubilance after Italy's triumph. An Italian was spotted with a fresh tattoo depicting one of the notable moments in their finals against England, where Italian defender, Giorgio Chiellini held English winger, Bukayo Saka by his collar and dragged him down viciously to prevent him from capitalizing on a dangerous mistake. 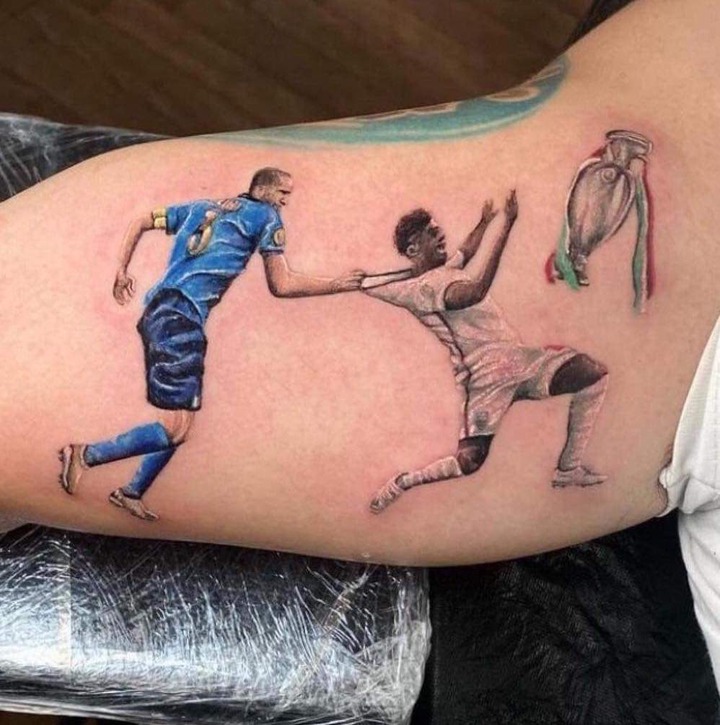 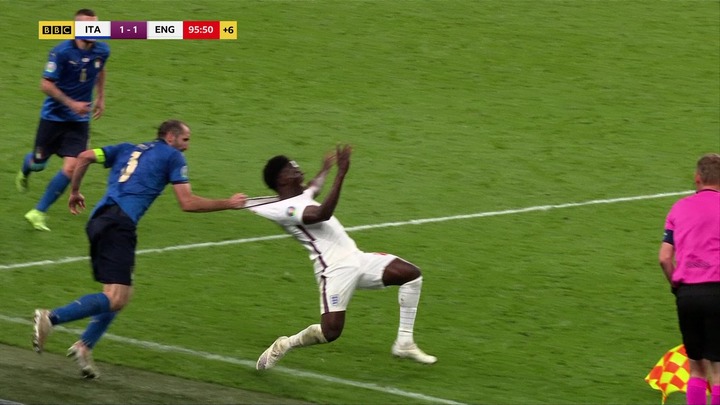 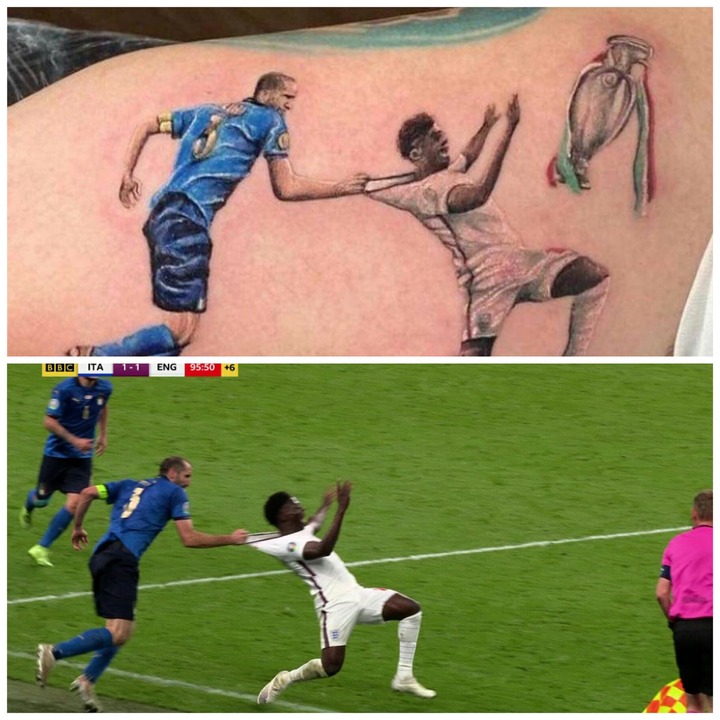 Chiellini foul was clearly deliberate and would have spelt doom for the Azzurris if the Juventus center back had allowed the pacy winger elude with the ball. Chiellini was eventually booked but the foul proved pivotal in their win which prompted this fan to get that tattoo.