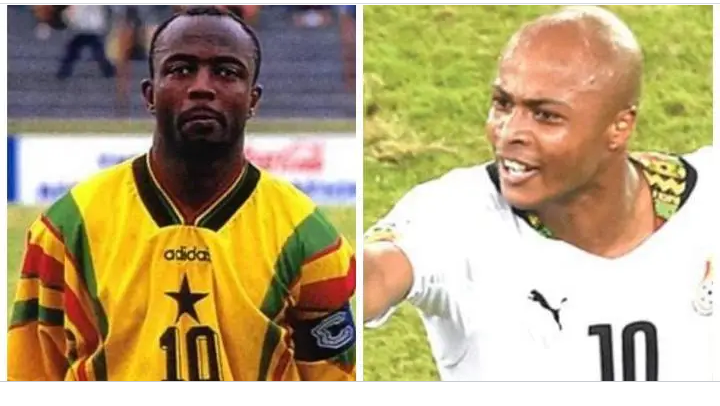 The talented Ghanaian midfielder has spoken about the influence of his father on his career as a footballer. Speaking in a recent interview monitored by Trendsingh, Dede Ayew made it clear that if not a major influence, his father happens to be a major inspiration for him as a footballer.

According to Dede Ayew, he draws lots of inspiration from him as it stands now. He added that, Abedi Ayew Pele is his idol and as such he can describe him as an unbelievable father.

Abedi Ayew was able to win the UEFA Champions League with his the club Olympic Marseille during the 1992/1993 football season, a club which his son Dede Ayew began playing during the early stages of his football career.

As it stands now, Dede Ayew has been able to surpass his father’s record in terms of most Black Stars appearances as well as goals scored for the senior national team of Ghana.

Abedi in his hay days scored 19 goals after making 73 appearances for the senior national team of Ghana while Dede Ayew currently has 23 goals to his credit after 107 appearances made for the Black Stars so far.