If you had to pick one of Buffon's combined 11, which one are you choosing

By KingtsugiNews (self media writer) | 1 year ago

From Parma and Italy’s youth teams to Juventus and Italy’s senior side and with Ligue 1 giants Paris Saint-Germain, Buffon has shared a dressing room with some true legends of the game from the 1990s, 2000s, 2010s and 2020s. 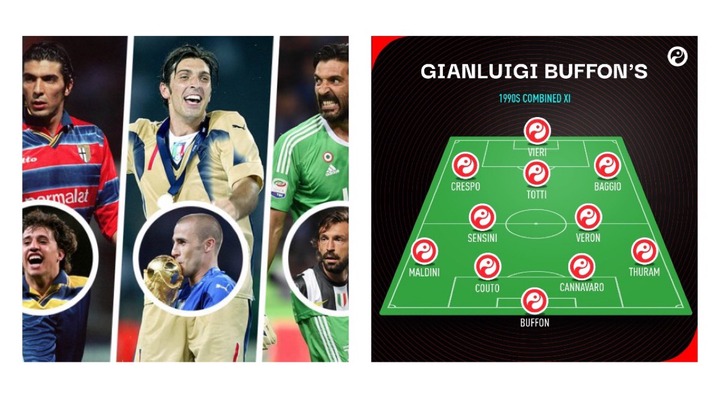 November 19th, 1995 was a historic day for football as Gianluigi Buffon, aged only 17, made his professional debut for Parma against that season’s eventual champions, AC Milan.

Many young ‘keepers would struggle to cope with the pressures of being thrust into the spotlight against a team containing Roberto Baggio, George Weah and Zvonimir Boban in attack.

But Buffon instead flourished, keeping a clean sheet and saving a penalty in a 0-0 draw. 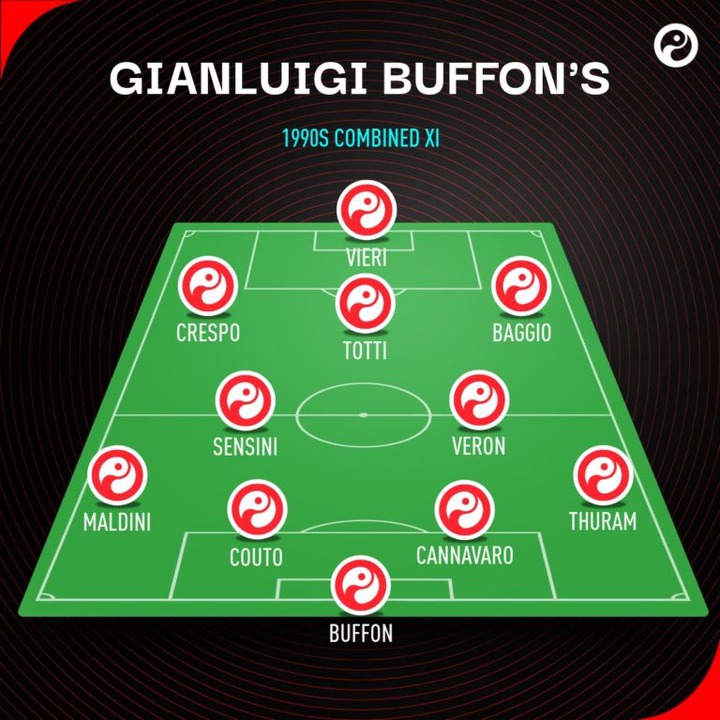 A star was born and, following that debut, Buffon established himself as a regular in Parma’s goal for the rest of the decade at a time where they boasted some truly elite players.

At the end of the 2000-01 campaign, Buffon opted to depart Parma in order to join Juventus in a deal worth £32m – a fee that remained the highest ever paid for a goalkeeper before Liverpool and Chelsea splashed the cash on Alisson Becker and Kepa Arrizabalaga during the summer.

Despite losing Zinedine Zidane to Real Madrid for a world record £50m that same summer, the Old Lady rebuilt their squad impressively, also bringing in Thuram from Parma as well as Pavel Nedved from Lazio.

Immediately, Buffon set about paying back the price tag, starring as Juventus won back-to-back Scudetto’s and reached the Champions League final in 2003 where they lost on penalties to AC Milan. 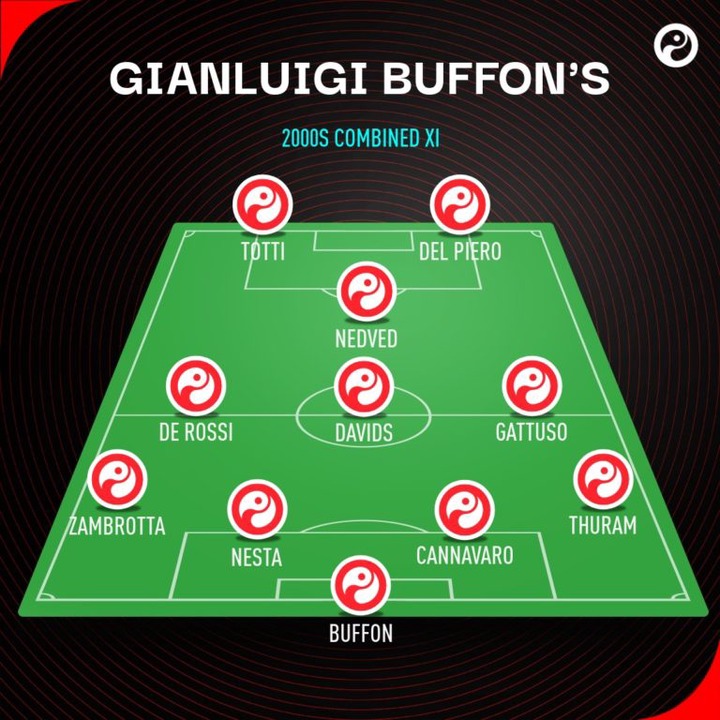 Following Alessandro Del Piero’s decision to bring a 19-year career at Juventus to an end in 2012, Buffon’s legend status at the club grew even further as he was appointed club captain.

Under his leadership, the Old Lady re-established itself as the leading force in Italian football, winning the seven Serie A titles in a row.

Buffon had the pleasure of watching the likes of Kylian Mbappe, Neymar and Edinson Cavani wreak havoc at the other end of the pitch during his time with PSG, who could also rely on Marco Verratti in midfield.

The 2020s saw Buffon return to past loves, first re-joining Juventus and then making his way back to boyhood club Parma.

He was no longer first-choice at Juve but still made 21 appearances for the club from the start of 2020, including 14 under former teammate Pirlo. 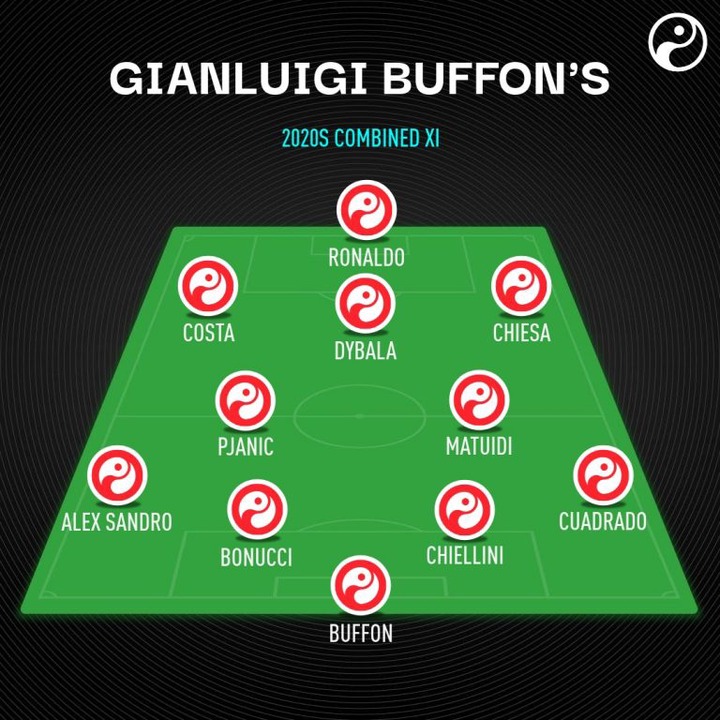 The squad wasn’t too different from the Juventus side he left in 2019, particularly the backline, with Bonucci and Chiellini still going strong – now joined by Matthijs de Ligt in the defence.