By Senam-Radio (self media writer) | 6 months ago Ghana clashes with their long time rival the Super Eagles of Nigeria in the first leg of the FIFA World Cup qualifier playoff at the Baba Yara Sports stadium in Kumasi which ended in a goalless draw.

The Ghana Black Stars latest striking talent who was electrifying at the cause of the game causing so much damage to the Super Eagles defence, Felix Afena Ohene-Gyan has already confirmed his availability to play for the Black Stars of Ghana in the second leg of the crucial World Cup qualification game between the Black Stars and Super Eagles of Nigeria in Abuja.

With his threatening performance against Nigeria at the Baba Yara Sports Stadium in Kumasi in the first leg on Friday, the striker was substituted in the 82nd minute following an injury scare.

Felix Afena Ohene-Gyan has then well assured the soccer fans that he is very fit and will be readily available for the second leg of the FIFA World Cup qualifier playoff that is scheduled to take place in Abuja on Tuesday. In a post sighted by Senam Radio on his Twitter page, the Black Stars prolific attacker revealed his injury status while lauding the fans who thronged the Baba Yara Sports Stadium on the Friday night for the Jollof derby against Nigeria.

"Amazing crowd! Grateful for the show of love and support. I'm ok. We go again on Tuesday. Keep the faith." he shared in his tweet. 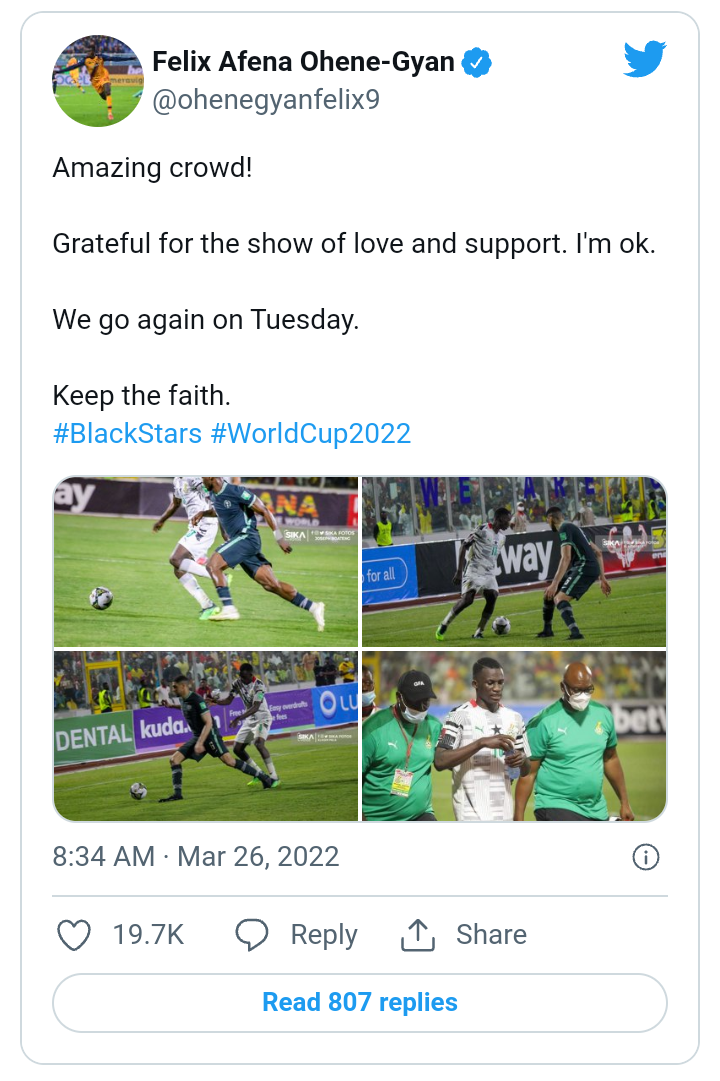 The Black Stars of Ghana very were dominant on home turf but struggled to hit the back of the net as the match ended goalless. The Super Eagles of Nigeria on the other hand proven to be very threatening at goal a couple of times in the clash. The Video Assistant Referee (VAR) ruled out a penalty opportunity against Ghana in the 79th minutes of the game at the Baba Yara Sports stadium.

The two West African rivals will battle it out on Tuesday at Abuja for one of Africa's five slots available for the 2022 FIFA World Cup to be stated in Qatar later this year. Felix Afena Ohene-Gyan who has been very much impressive in his first season for Italian based AS Roma as he was handed his maiden senior national team call up for the doubleheader against Nigeria in the playoff. 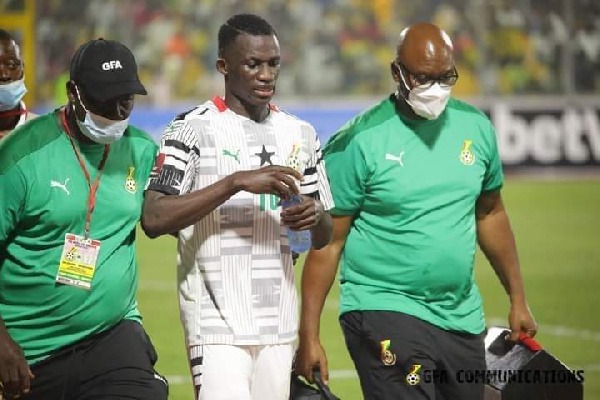 With a total of 25 touches and an impressive passing rate of 82% percent, Felix Afena Ohene-Gyan was the delight of many Black Stars fans on Friday night and this justified his call up with his performance albeit without the goal required of his role as the leading striker on the night at Kumasi. The second leg of the playoff to be staged at Abuja on Tuesday March 29, 2022 will kickoff at 17:00 GMT (5:00pm).

Content created and supplied by: Senam-Radio (via Opera News )