Britain's Government vowed to do “whatever it takes” to protect football

The UK government promised to “do whatever it takes” to protect football and opened up the possibility of invoking competition law to block a proposed new European Super League by breakaway clubs. [AFP news agency] 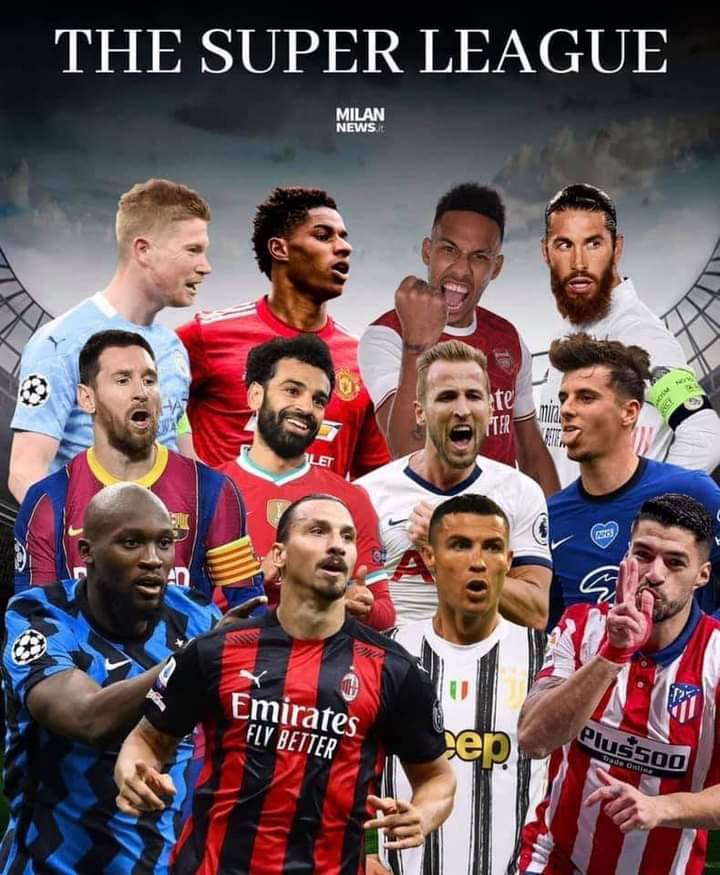 Every stakeholder strives to get rid of the European Super League (ESL) with the idea that they are protecting the sport and the fans. It is really ironic that UEFA has the boldness to talk about it as it has itself lifted financial restrictions that allow clubs like PSG, Chelsea, Man City etc to have an advantage over clubs owned by socials are. No FFP means they can pay any kind of wage to attract players to their team, which makes them a powerhouse. If UEFA were a clean governing body, PSG and Man City would have been banned for violating FFP.

Yes, money is important in sport and should be there in football, but should it be without FFP? Would it be fair if only these clubs could afford world-class players, it would not inflate the transfer market, as it was already when FFP was there. UEFA is playing the football is ruined card so that fans can rebel against the ESL and be able to remain the governing body of football in Europe. Is the ESL now completely perfect? No it is not. But do we know exactly what the model is?

Let's get to the positive aspects first. A huge investment is being made in this project which means that many financially suffering clubs will settle their books. The governing body chairs will be representatives of the clubs, so they are aware of the impact any decision will have, and a better investment means growth in the sport. Apparently there will be a new referral system in which referees will have microphones to explain their decision to the public.

There will also be a salary cap that will allow clubs to spend only 55% of income on salaries. Isn't that better than no FFP at all? Each club would be earned based on its performance in the ESL rather than the property of the owners. If UEFA and FIFA had looked after the fans and protected the sport, they would not have agreed to create the Nations League, in which only League A team qualify for play-offs, there would be no national ones in the Middle East Super cups held, the broadcasters are not allowed to charge the fans on a PPV basis etc.

We love the Champions League, and we are happy with it, but if a club generates so much revenue and is enjoyed by the board of directors, wouldn't it be better for the club itself to enjoy what it really deserves? The format of the ESL can be restructured at any time, and there may also be an FFP in place to prevent clubs with billionaire owners from spending excessive amounts on transfers and wages. What I don't like about that is that there are fewer chances for new teams to get into ESL and that the continued existence of teams in ESL that weren't that great is unfair.

This, too, can be restructured, but at the moment UEFA is not safe as a governing body for all clubs. All they want is their share of the money and that's it. FIFA wants to introduce the Super Club World Cup and make it the most important club competition. The introduction of ESL would make the CWC less important and CWC wouldn't even generate as much revenue as the ESL. Why hasn't PSG entered it yet? You have 14 days left to announce your decision, and why would the Qatari government take action against FIFA in the first place?

I'm not all for ESL, but when UEFA has removed FFP and guarantees seats for elite clubs, it is better to have ESL which generates more revenue and also guarantees seats. Give me your opinion, whether we should stick to UEFA or the ESL is better for the future of European football.