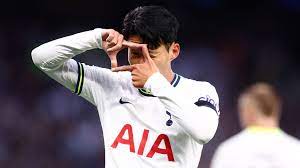 Out of form Spurs forward, Heung-min Son scored a hat-trick after coming off the bench to play 31 minutes against Leicester City. In Antonio Conte’s post match interview, he declared that his rotation policy is here to stay.

The spurs boss has warned his Tottenham forwards that they will have to get used to the idea of being rotated as the club is determined to force its way into the elite of world football.

The tactical master class of the Italian to substitute Richarlison for Heung-min Son from the bench in Saturday's Premier League clash with Leicester City after the South Korean had failed to score in his first eight appearances of the season.

Conte’s tactics paid off really well as Heung-min Son came off the bench to score a fantastic hat-trick as Tottenham brushed Brendan Rodgers’ side to the rock-bottom of the table by winning with a 6-2 scoreline.

Heung-min Son is now the first Tottenham player to score a Premier League hat-trick as a substitute, while he was just the seventh player to do so overall in the competition.

Conte declared that he will continue to shuffle his forwards as the season matures and wants his strikers to be ready to make an immediate impact in matches when they are called upon. 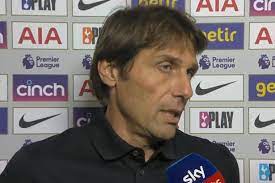 “We have just started this path with the club. To have Richarlison up front with Harry Kane, Son, Dejan Kulusevski and also Lucas Moura, then there is Bryan Gil, who is a good prospect and young, it means the situation gives me the possibility to rotate.

If the players want to play for something important, to lift a trophy, they have to understand this. Otherwise, they continue to play every game, but they don't go to win anything. This is clear. Clear.

If you want to stay in a team with ambition, you have to accept this type of situation. Otherwise, you have to go to a medium team, and then you are sure you will play every game. And then it will be very difficult to lift a trophy in this way." Conte said.

London rivals Arsenal is next in the line for Conte and his men in the Premier League immediately after the international break, before visiting Eintracht Frankfurt in the Champions League.