Osman Bukari of Red Star Belgrade scored for the Ghana Black Stars in their 3-2 loss to Portugal in their World Cup opener in Qatar. 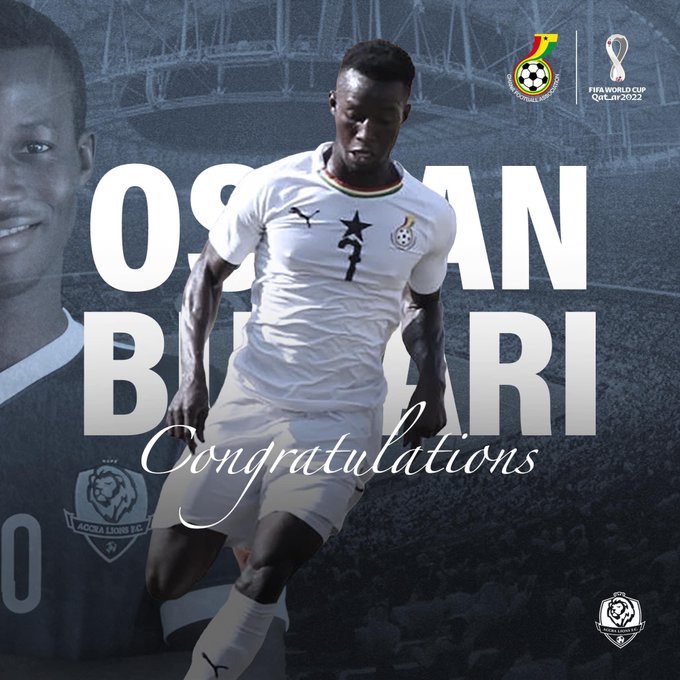 Osman Bukari, who made his World Cup debut in Qatar, scored Ghana's second goal in the second half of their first game.

The former Accra Lions winger scored his second goal for the Black Stars after he got his debut goal for the team on June 1, 2022, at the Cape Coast Sports Stadium when they hosted Madagascar in the 2023 Africa Cup of Nations qualification.

The first half of the game stayed barren, but in the second half, five goals were scored, and Osman got the last goal of the game, which happened to be the second African player to score a goal after Dede Ayew had levelled the game. 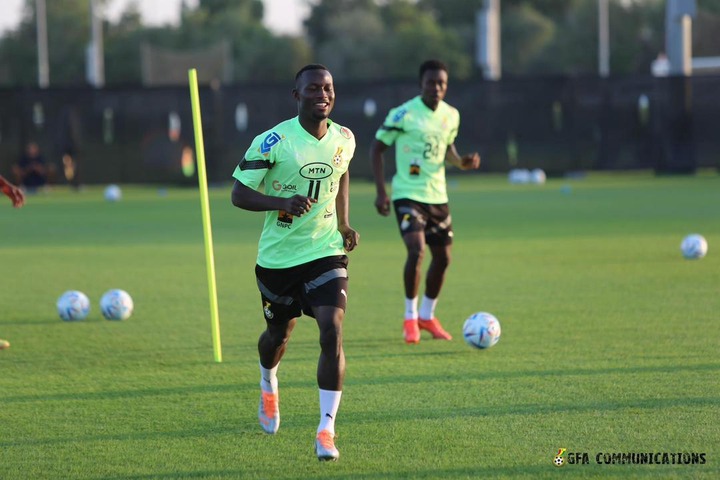 Bukari scored in the 89th minute of Ghana's 3-2 loss to Portugal on Thursday, then mimicked Ronaldo's characteristic "siu" celebration.

Osman Bukari had his share of the opening game in the 77th minute when he substituted Kudus Mohammed after assisting the captain to score the equalizer, so at the time Osman scored the goal, Ronaldo was not on the field when Bukari performed his giant leap, and now the Ghanaian has responded to those who have accused him of a lack of respect. 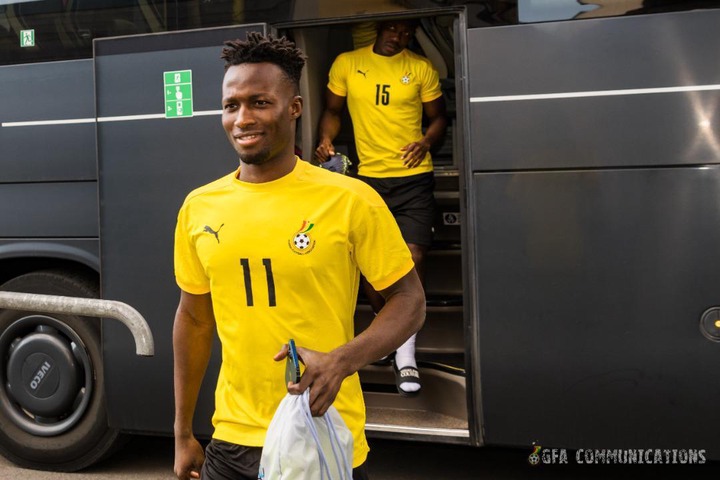 He tweeted, "I have noticed my celebration today has generated comments claiming I was disrespectful towards Ronaldo. This is incorrect. I was overcome by the emotion of the moment of scoring for my country on my World Cup debut, leading to my celebration. My upbringing doesn’t permit me."

On Monday, the Ghana Black Stars will play in their second World Cup match, and Osman is anticipated to take the field for the second time at the tournament in Qatar. 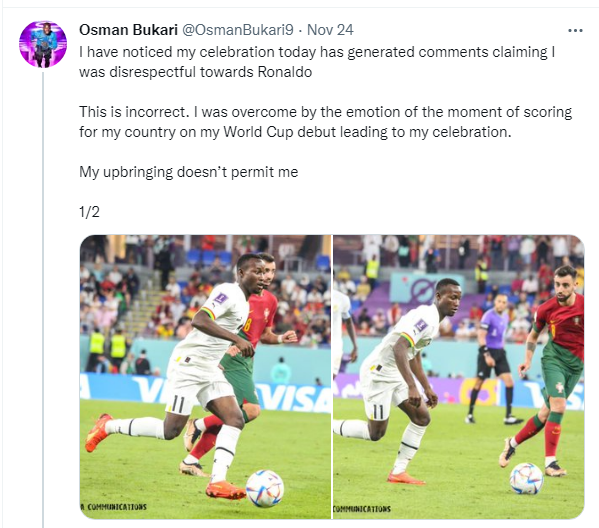