By Walasty12 (self media writer) | 4 months ago 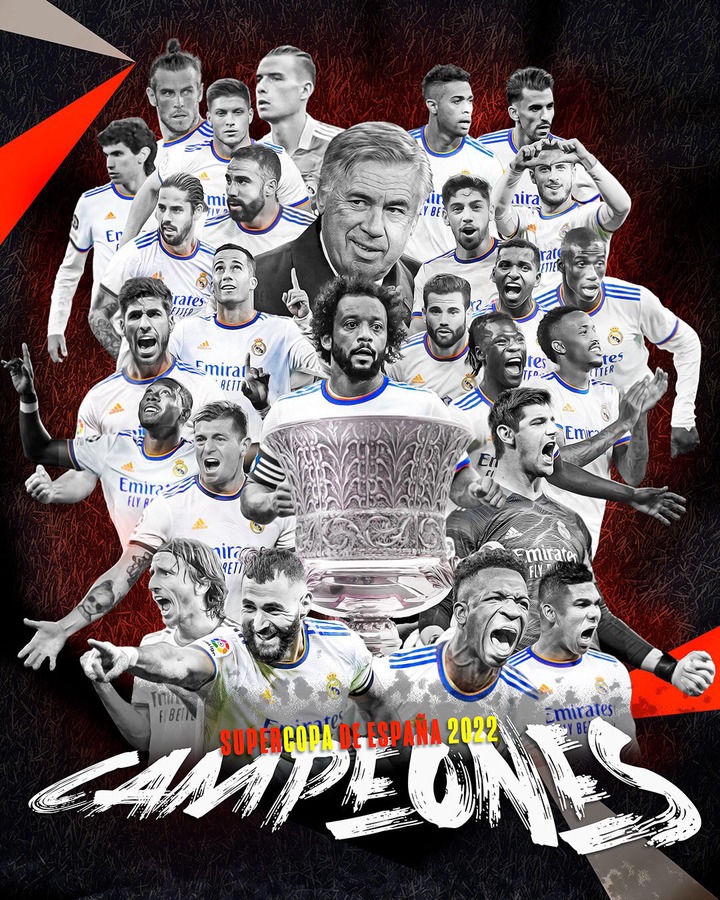 Los Blancos made it to the final after beating Barcelona in the semi-final and dominated proceedings in the final against Athletic Bilbao.

Rodrygo had the opportunity to replace the injured Marco Asensio and he justified the coach's confidence in him . From the very first minute, he was lively and caused Mikel Balenziaga problems.

In the 37th minute,Rodrygo caused a lot of problems for the Bilbao's defenders and assisted Modric for a first-time finish from the edge of the area. That was the Croatian's first goal of the season and put Real Madrid in front.

Athletic Club had a few chance but were not able to find the back of the net in the first half .

Marcelino brought in Nico Williams at half time to reignite the team, but it was Real Madrid who enjoyed the better start to the second half and scored a second goal. A Karim Benzema shot was blocked by Yeray Alvarez's arm and a penalty was awarded . Benzema converted calmly from the penalty spot.

Athletic Club found it difficult to put one past Courtois . In the 87th minute, a Raul Garcia header struck Eder Militao's arm. The referee checked the VAR monitor and awarded a spot kick and sent Militao off for denying a clear goalscoring opportunity.

Courtois saved Raul Garcia's penalty with his trailing leg, starting a huge cheer from the majority Madridista crowd inside the King Fahd Stadium. The final whistle followed soon afterwards, confirming Real Madrid as the winners of the 2021/22 Supercopa de Espana. 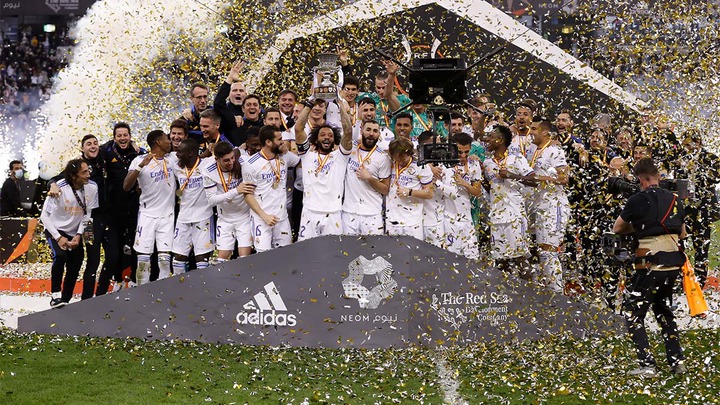