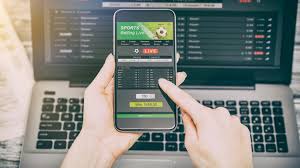 Reason: Manchester United has been solid to the start of the season without losing any game same as the host but on this game, Manchester has an edge over this game because of the suspension of star player Antonio in a league game against Southampton. As for Manchester United, they have a full squad to choose from.

Tip: Away wins and both teams to score or away wins

Reason: Leverkusen is on scoring alert as they have scored 12 goals in four(4) games and scoring against a team who have lost two(2) and drawn one(1) in their last four(4) games is imminent.

Tip: Both teams to score/ or and over 2.5 goals

So scoring against each other is possible.

5. Hellas Verona vs As Roma

Reason: Manager Jose Mourinho has transformed As Roma to the start of the season as they sit 2nd in the league with just a point between the first and a win here will send them straight to the top.

Roma has won three(3) games with nine(9) goals scored and conceding two(2) goals whilst the home team is yet to win.

Reason: Home team has won all four(4) games in their league this season and maintaining such form throughout will make their victories at the end of the season so starting right from the onset is a big deal to them. The away team on the other hand has drawn three(3) and lost one(1).

So home wins and both team scores are possible.

Please visit the links below: