21/22 Ballon D'or: Karim Benzema Staggering Statistics That Won Him The Most Prestigious Award

The phrase "Patience moves mountains" has become a life experience for French professional footballer Karim Benzema as he was honoured with the most prestigious individual award in football history [Ballon d'Or] earlier today. 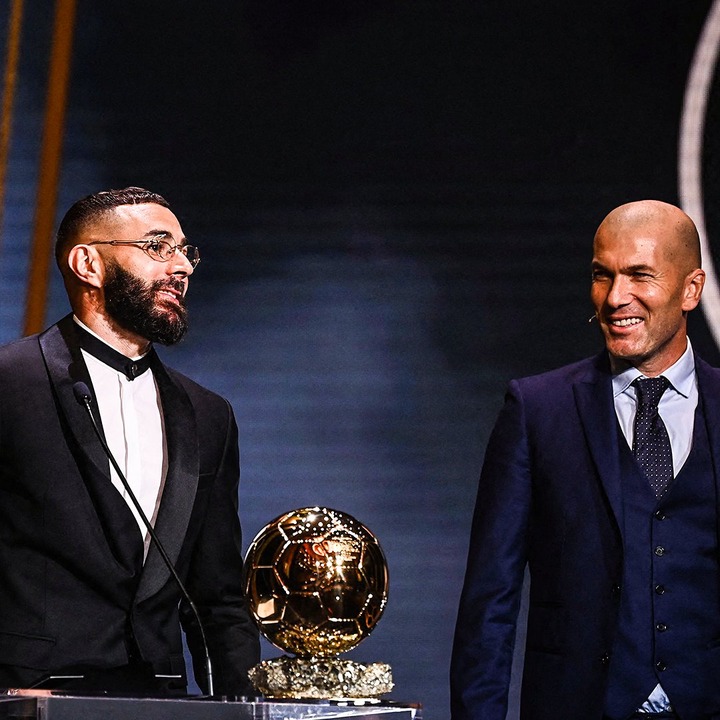 A yearly event that sees to commend players and clubs for their outstanding performance in a special way during the 2021/2022 campaign in various categories such as - the Kopa Trophy, Club of the Year and others.

Real Madrid's 34-year-old forward, Karim Benzema ended up with the biggest prize of the night - [the male best footballer of the year] - and it depicted last season's outcome - where he won four trophies at the club level. 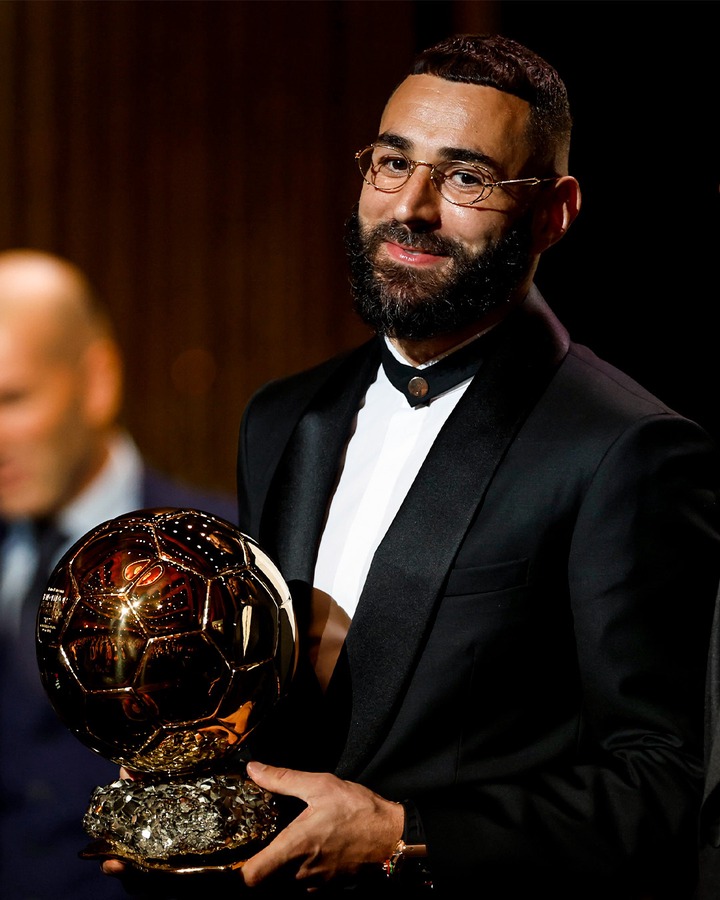 The UEFA Champions League, La Liga Santander, Spanish Super Cup and the UEFA Super Cup- at the start of this season, where he managed 50 goals in 56 appearances at a conversion rate of 23.9% alongside 16 assists, 100 key passes and 7.74 average ratings according to sofascore. 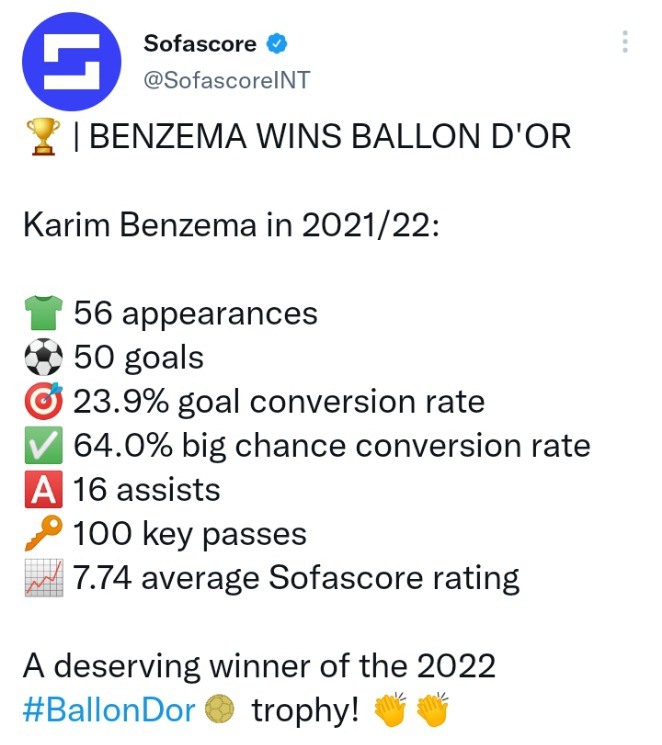 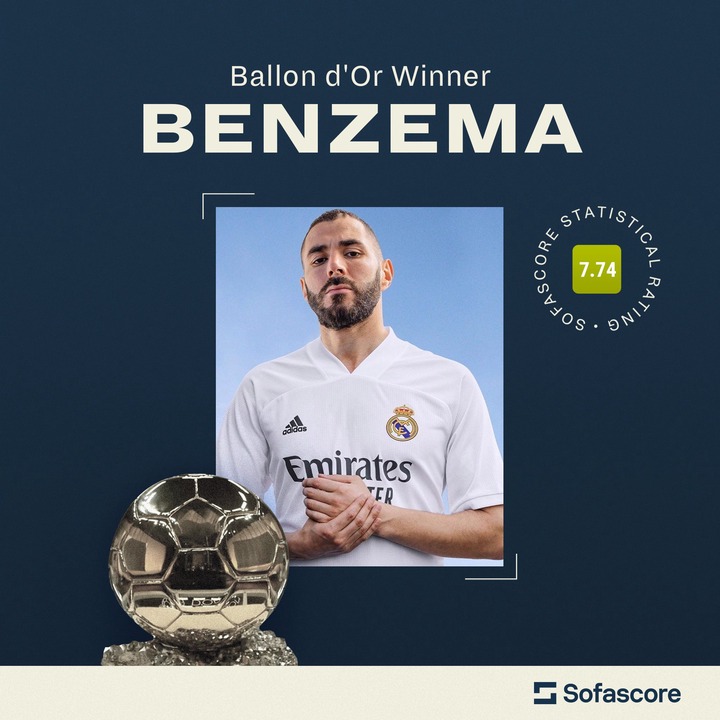 And won two golden boat awards - [In La Liga and the Champions League] in that regard.