By Africamedia.gh (self meida writer) | 29 days

We look at 7 Ghanaian talent who failed to lift up to the high Generated around them. 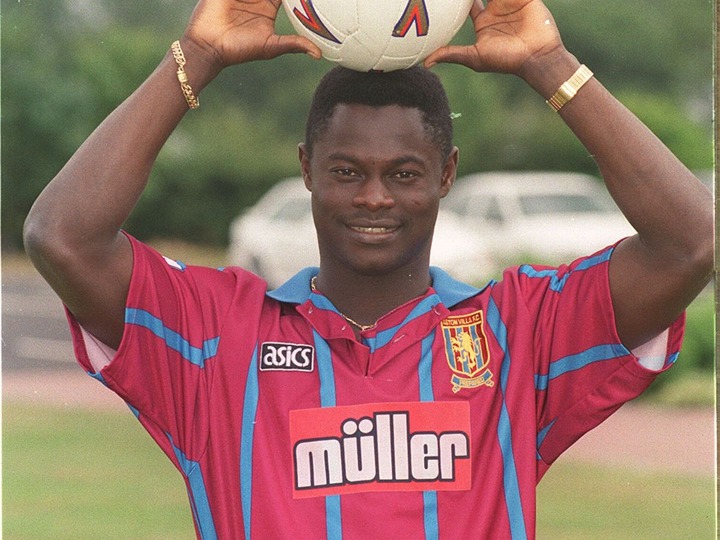 Nii Odardey Lamptey came into limelight in 1991 during the U-17 FIFA world in Italy. Ghana won the tournament and he was voted as the tournament best player, Pele praises on him and described him as his natural successor. Suddenly, his career doesn't match what he showed. There was further reasons that he won the FIFA best player at that time.

Now fast forward, made good money, but unfortunately, his managers and agents gave him a raw deal and of course because of a relatively low level of education, he ended up losing a lot of money. 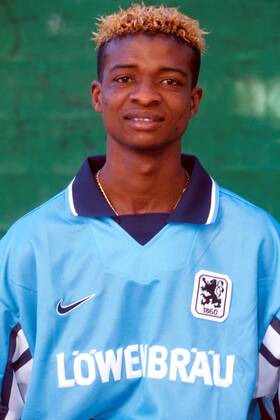 In 1995, soon after helping Ghana to win U-17 World Championship. Issaka signed a contract at the Belgium club RSC Anderlecht, he also helped Ghana to finished 4th position at FIFA Youth U-20 Championship in 1997 in Malaysia. However, he couldn't meet the height which he should have with his prodigious talent. Issaka got national media attention at his school boy and he was hailed as the next big hope for the national team.

While we point to talent, it is undeniable that a combination of injuries and bad luck has made the talented player not to meet the expectations from media and football fans. 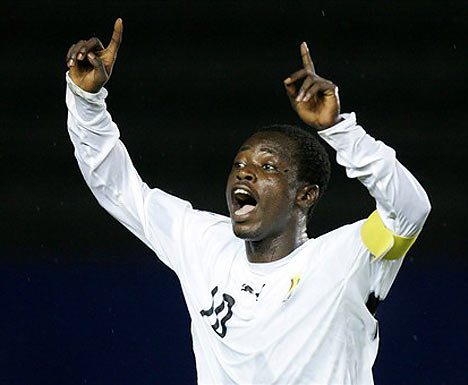 Ransford Osei the silver shoe winner with the U-17 FIFA world squad in Korea. He was part of the 2009 Black Satellites winning team. Following his experts at the 2007 U-17 World Cup where he won the Adidas silver shoe as the competition second highest goalscorer with 8 goals. He also had unsuccessful deals with Levante, Celtic and Asante Kotoko before returning to South Africa 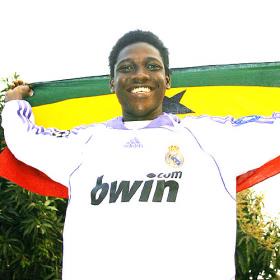 Owusu Afriyie nick name (Beyie literally football wizard) caught everyone attention during the 1997 U-17 FIFA World Cup in Egypt. He was the third highest scorer with 4 goals and Ghana top scorer, suddenly, his career never matched the promising showed. He was the third best player in the world, got a contract in Malaga FC and signed with the club, he qualified the team to the La Liga and then the other way round he had an injury which affected his career. In 2001, he returned to Ghana to spend two seasons with Accra Hearts Of Oak, before spending a further two reasons in Austria, England and Spain which proceeded to his final returned to Hearts Of Oak, where he finished his career in 2007.

Later on, he was no where to be found because he started to do a different thing for a living and right now he is in Germany under a company. 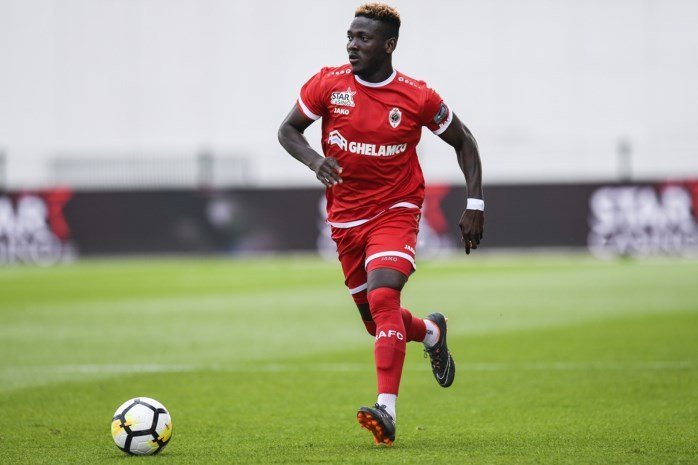 So much was expected from him after showing much promised at the FIFA U-17 world cup. He was recognised by the world soccer magazine as one of the most excited 15 teenagers on the planet due to his incredible foot speed and position crosses, he earned a moved to Real Madrid FC after the tournament. Opare failed to break into Madrid first team, and has moved to the various teams in Europe to search for playing time. 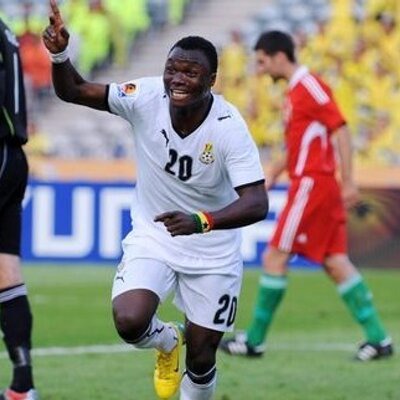 He has never built on the promise he showed in the early days of Hearts Of Lions and the national U-20 team. Adiyiah was awarded the golden shoe for the top scorer with 8 goals in 7 games. After impressed in the U-20 FIFA World Cup, He joined Ac Milan and failed to play a single game for the Serie A giants. 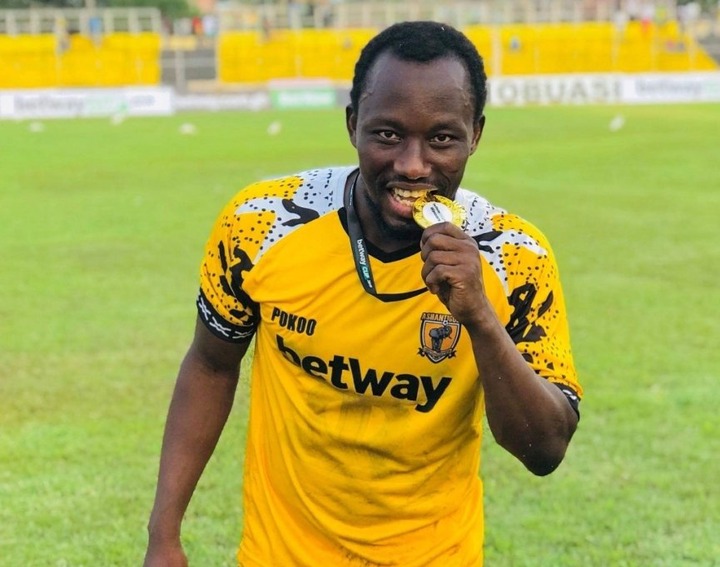 Saddick was recognised by the world soccer magazine as one of the most exciting 15 teenagers on the planet in 2007. He scored 4 goals for FIFA U-17 world Cup for Ghana. Adams signed a big contract for Athletico a Madrid and chance with the reserve side since FIFA allow those international to happen for players under 18. He how ever joined the Athletico Madrid team B and he played for the team 2008/2009. In 2009, In may 2009 Adams was banned by FIFA for 4 months and fined by US $160,000 for abandoning the contract. His didn't not go well as many expected. 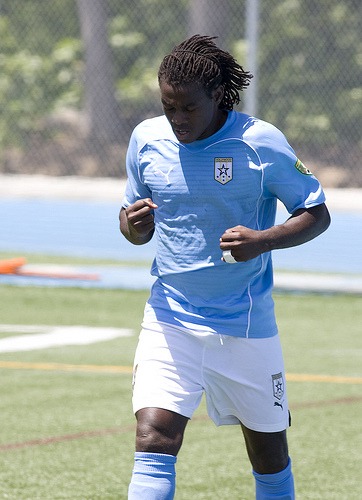 Bentil captain Ghana team that won the 1995 Fifa World championship, scoring met up to the winning goal in the 3-2 victory over Brazil in the final. He subsequent signed for the German giants Bayern Munich, which Ghanaians were expecting a lot from him however he never made his first team appearance in 3 years. Bentil then moved to other European countries such Israel and more before his football career ended in 2008/2009 season. Most of these effects is because of they don't play with their right ages and the medication that they have been given to the players who are under age does not get the right dose, because they always give the players overdose medicines so that it can regulate their body as 20 years and above. 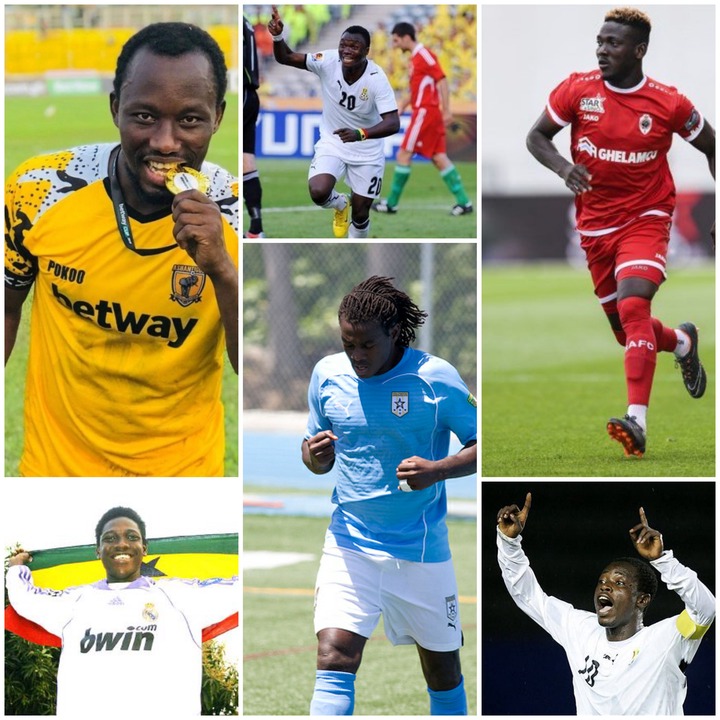