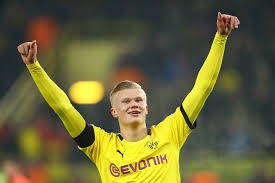 Chelsea are one the many clubs that have shown interest to sign Erling Haaland this summer, but if they get as fair as having a bid accepted.

According to the latest report, Chelsea could face a financial blow over Dortmund striker's wages and salaries demand.

The Borussia Dortmund's player is making the headlines in world football today ahead of summer with a clubs chasing him, including Chelsea, Real Madrid, Barcelona, Man City and United etc. 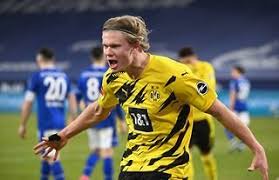 Chelsea reportedly placed Erling Haaland at the top of their transfer shortlist with Thomas Tuchel keen on signing a top striker.

But they were dealt with a major setback when it emerged Haaland only wanted to sign for a top club, the report claiming that ruled out the Blues.

And Haaland will demand to be the highest paid player in the Premier League if he joins any of the above clubs this summer, according to The Sun newspaper. 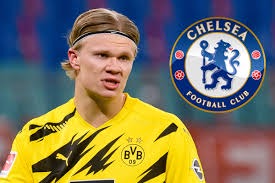 And as part of that, he will also demand a contract worth a whopping £600,000 per week, a package that would total £156 million over the course of five years.

Chelsea will have to put their money where their proverbial mouth is to beat some of the world's leading clubs to a deal, especially when it comes to paying Haaland's wages.

That won't stop them trying, though, and they do still have one edge in that they can afford to pay more than £100million fee it's going to cost to sign Haaland this summer.