Ghana vs Ethiopia: Akonnor names a formidable starting lineup for the Black Stars.

By BassTV (self media writer) | 2 months ago 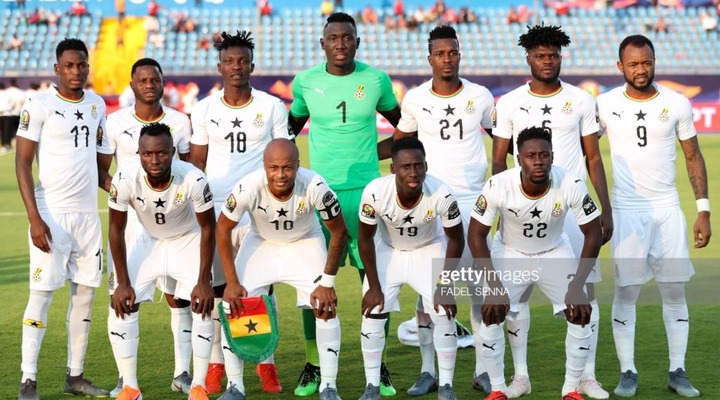 Charles Akonnor, the Black Stars' head coach, has picked a solid starting lineup for tonight's 2022 World Cup qualifier against Ethiopia's Walias Ibx. Akonnor chose Richard Ofori to man the goal-post for the Black Stars as his safest set of hands in goal.

Andy Yiadom, Daniel Amartey, Alexander Djiku, and Baba Rahman were chosen as his defenders by the coach. Despite the return of Jonathan Mensah, who will start from the bench, Daniel Amartey and Alexander Djiku were solid in the Black Stars' last game against Ivory Coast, and the coach has kept them in the starting lineup for this encounter.

Baba Iddrisu and Mubarak Wakaso would be in control of the midfield, while Jeffery Schulup and Kamaldeen Sulemana would be in charge of the right and left flanks, respectively. The traditional suspects, the Ayew brothers, are anticipated to spearhead the attack.

Andre Ayew, the captain, will play as a supporting striker, while Jordan Ayew will be the main striker.

Only one local player, Ismail Ganiyu, has been included to the game's 23-man roster.

The Black Stars will face Ethiopia in a Group G match at the Cape Coast stadium later today, Friday, September 3 at 19:00 GMT.

See the Starting line up below