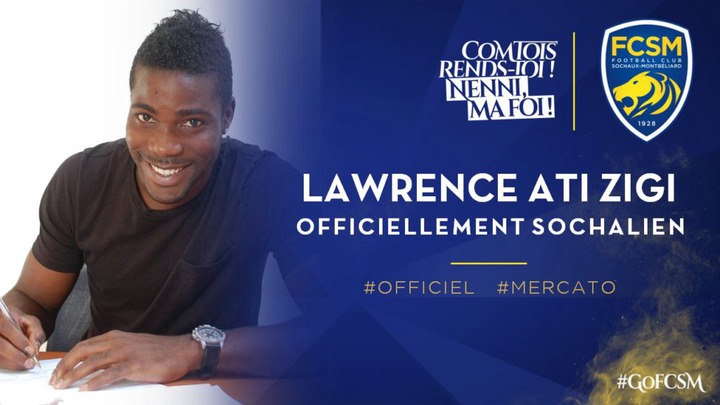 Black Stars goalkeeper, Lawrence Ati-Zigi has revealed that his move to France was his biggest career challenge.

The 24-year-old joined French club, Sochaux for free in 2017 from Red Bull Salzburg of Austria.

“I think there was no problem but it’s just that when I went to France, Sochaux, they already had their number one who was playing.

“So when they took me, I had to go and challenge him and you know it was somehow difficult because the coach wanted to use him more.

“So I wasn’t getting that much playing time.

“This was the problem, the reason why I was not really active because they already had their number one and the coach already made plans with him for the season.

“It was like I had to keep working, working just to do more more to be able to get him out and this was a bit difficult.

“You know when into a club and the coach doesn’t believe in you and doesn’t want to put you in the games and makes you feel like you are not needed in the team, this is what makes me feel somehow bad.

“It doesn’t really help me in my career.

“In France, I wasn’t happy with the way the coaches were going about with the system because when we play games and the keeper doesn’t perform well, he doesn’t give the chance to another one.” Ati-Zigi added FMIG.

He was transferred to the parent club, Red Bull Salzburg in Austria before being sent on loan to Liefering for more playing time in 2015.

He left French side, Sochaux which he joined for free to Swiss club, St. Gallen.