Delio Rossi believes Jose Mourinho at Roma and Simone Inzaghi at Inter are the coaches most likely to get fired in Serie A this season.

Jordan Henderson's future at Liverpool is uncertain, with contract talks with the England midfielder, 31, failing to progress over the close season.

Chelsea know West Ham United and England midfielder Declan Rice, 22, is keen to join them and they will approach the Hammers to find out what it would take for a deal to be done.

Gareth Bale is said to have made a firm decision on his short-term future amid talk he will retire early.

Chelsea's England winger Callum Hudson-Odoi, 20, is staying to fight for his place - ending hopes of him moving to Bayern Munich as part of a swap deal for France winger Kingsley Coman, 25.

Barcelona have proposed a player swap deal to Serie A giants AC Milan over outcasted star Philippe Coutinho. Barcelona could now propose a compromise via a swap deal for defender Alessio Romagnoli. Italian star Romagnoli has so far rejected the club’s offer of a contract extension and they could sell him to avoid a free transfer exit in 2022.

Atletico Madrid are adamant England full-back Kieran Trippier, 30, is not for sale amid interest from Manchester United - but the Spanish club would replace him with Wolves and Portugal right-back Nelson Semedo, 27, or Napoli and Italy right-back Giovanni di Lorenzo, 27, if he does leave.

Real Madrid and France centre-back Raphael Varane, 28, is open to a move to the Premier League and Manchester United are confident personal terms will not be a problem.

Despite reports that Inter Milan would pull out due to travel restrictions and COVID cases, it is confirmed Inter will play Arsenal in the Florida Cup. Their opening fixture is against Arsenal at the Camping World Stadium in Orlando on Sunday, July 25.

Barcelona have been offered the opportunity to sign Manchester United and Netherlands midfielder Donny van de Beek, 24, with the Spanish club offering France defender Samuel Umtiti, 27, as part of a swap deal.

Arsenal are slowly becoming an African team and as such should be renamed ‘Africa FC’, according to veteran striker Dele Olorundare.“It’s good to see the Gunners improving their squad with more African players. I think Arsenal should be renamed Africa FC,”

Stuttgart striker Sasa Kalajdzic has emerged as a possible target for Chelsea should they miss out on other options this summer.

Leicester City are keen to tie Youri Tielemans down to a new contract to fend off interest from Liverpool in their Belgium midfielder. 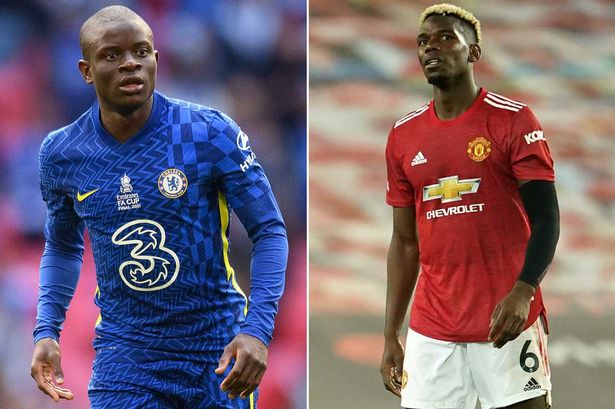 Barcelona winger offers big advice to Hearts of Oak after they mimicked his goal celebration style.

I give up family time to chase my dream, please let me leave - premier league star begs for transfer