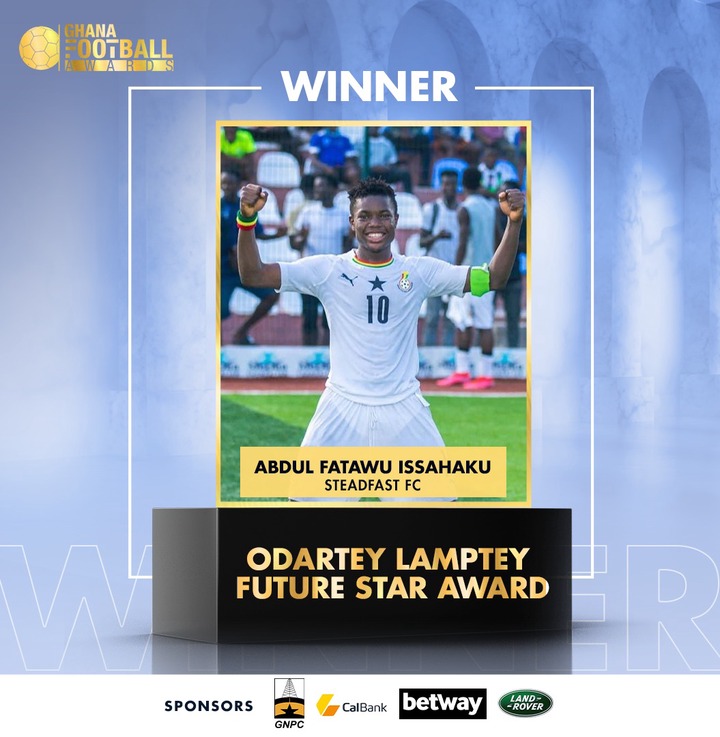 Ghana U-20 sensational star Abdul Fataw Issahaku has been crowned the winner of the Odartey Lamptey Future Star Award.

The new Liverpool signing has been making headlines since the beginning of the year, and his exploits in the Afcon U-20 Championship in Mauritania was eye catching.

Since then, he has gone on to represent the U-23 team and subsequently the Black Stars team.

He has also been in good form for Tamale based Division One League Club Steadfast FC, scoring 11 times and also winning six MVP awards.

The rising star as he is affectionately called, attracted a lot of European clubs including heavey weights Liverpool, Ajax and Sporting Lisbon.

First it was thought Bayern Leverkusen would snatched the young talent, but just as the deal was getting close, Liverpool jump in and Snatched him away.

The Odartey Lamptey Future Star Award is been named after former Ghana legend, Odartey Lamptey who won the FIFA U-15 best player and went on to do so much for the Black Stars.

But fortunately for Abdul Fataw, he came out victorious.

He is expected to be loaned out to Sporting Lisbon as he does not have work permit to play in England currently.