By the_Kelvin_guy (self meida writer) | 16 days

Chelsea has come a long way and had been starved of experiencing the joy which comes with lifting the UEFA Champions League trophy since the year 2012 but yesterday smiled at them, their youngsters repeated history and did it in a grand style.

Many people were expecting Manchester City to win the trophy just for the mere fact that they couldn't bear seeing the blues lift the trophy but Chelsea ended up shaming them.

They triumphed over Manchester City after scoring them by a goal to nil. Interestingly, most of these players repeated what the 2012 team did. This article is focused on presenting the similarities between the former team and this current team. Let's move straight to them

1. Kai Havertz after scoring the most important goal in the Champions League this season decided to celebrate like the legendary Didier Drogba.

Didier did this in 2012 and 9 years later, this German lad is showing the world that he looks up to his legend. 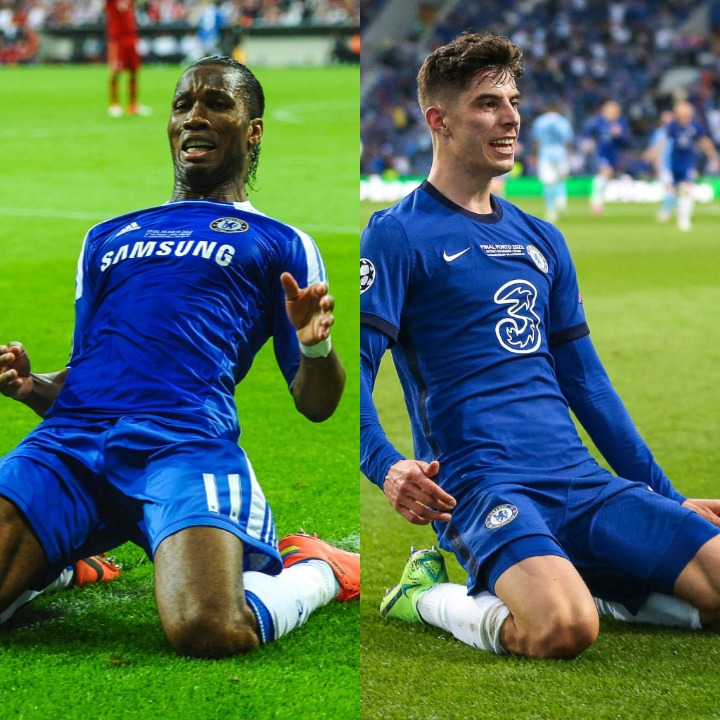 2. In 2012 Fernando Torres, dribbled past FC Barcelona's goalkeeper in the champions league campaign. It was not the final match but that wouldn't stop Kai Havertz from repeating that moment in the final. 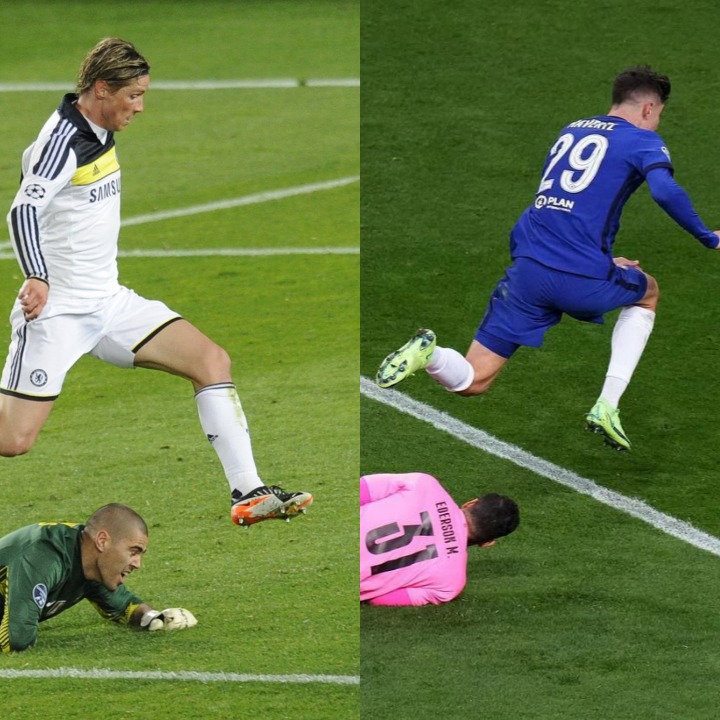 3. Didier Drogba after winning the first trophy for Chelsea decided to run around the pitch with the trophy in hand. Mason Mount over here repeated this history yesternight. 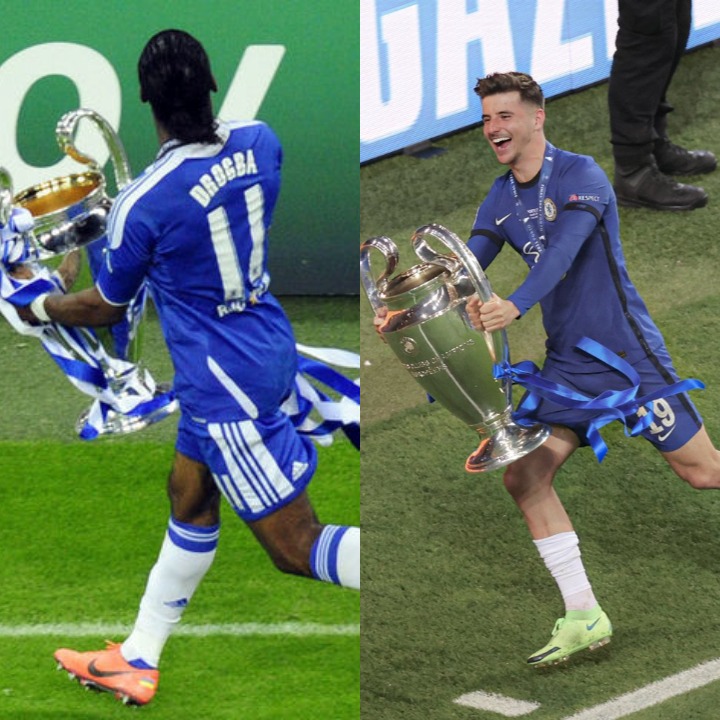 4. Peter Cech was Chelsea's goalkeeper in 2012. After lifting the trophy, he decided to place it on his head. Well, Mendy is telling the world that he has always been following the footsteps of the club legend.

Congratulations to him, he has made Africa proud. He is the first African goalkeeper to lift this trophy 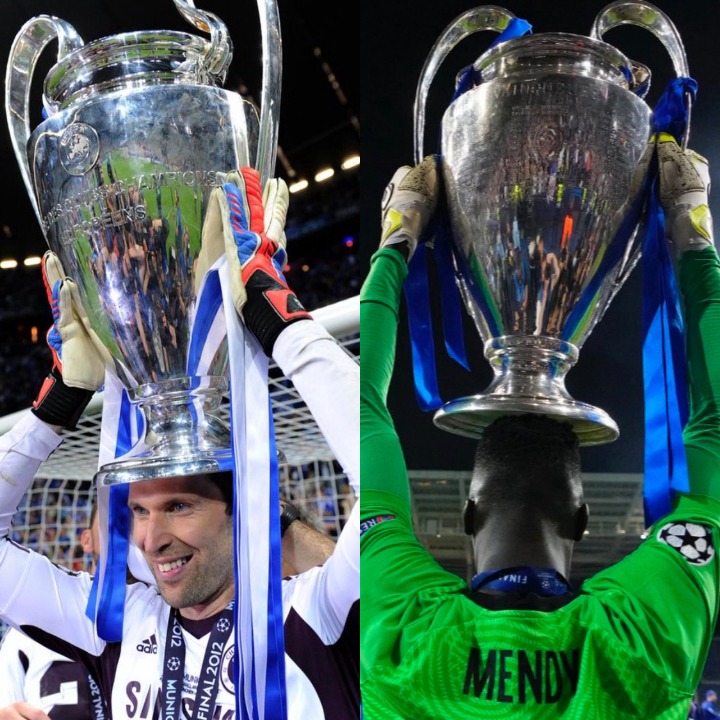 5. Captain Frank Lampard gave the trophy a gentle kiss during the celebrations in 2012. This moment was repeated the captain of the winning team yesterday, Cesar Azplicueta kissed the silverware with joy. This is Chelsea!!! 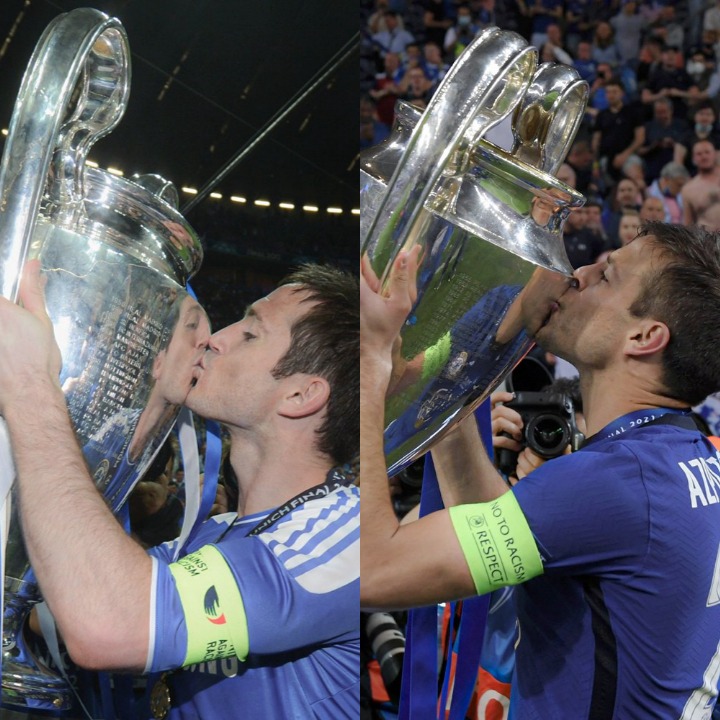 This is where I end it all. Which moment amongst these five do you think is the best moment?