Klopp notifies that Salah is not leaving Liverpool yet 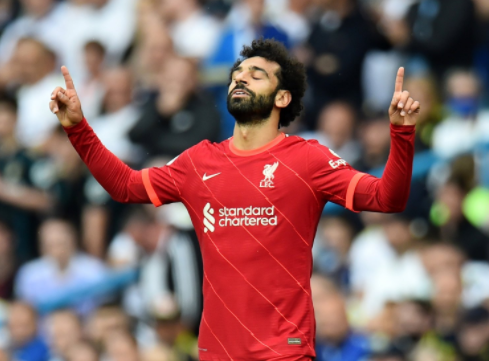 Jurgen Klopp has veiled that Mohamed Salah is not willing to leave Liverpool just yet since he still has unfinished business in the Premier League.

According to the manager, the Egyptian is eager to keep breaking records and making new ones for himself and the club.

Fabinho grabbed a second before Sadio Mane after missed opportunities scored the third for Liverpool to climb third.

OptaJoe reveals that only four players, Alan Shearer, Harry Kane, Sergio Aguero and Thierry Henry have reached the milestone in fewer appearances than the Egyptian has.

Salah still has a two-year contract with Liverpool and the Merseyside club is not willing to let him go. Talks on contract extension is still ongoing with Virgil van Dijk following Alisson, Fabinho and Trent Alexander-Arnold having penned new deals.

Mohamed Salah is believed to be earning £200k-per-week on his current contract and the Mirror last week disclosed that the 29-year old is demanding £500k-per-week to further his stay at Anfield.

Salah has scored 128 goals in all competitions since signing for Liverpool from Roma in 2017. He has helped the club win the Premier League, Champions League, Club World Cup and Super Cup.

His performance on the pitch keeps growing and recent concerns of his interest to join Real Madrid last season appears to be a worry for Reds fans yet with the player committed to keep climbing heights, his manager is confident there is more to come from him.

"With Mo's record, it's crazy. I don't know how many he can break and he's probably desperate to do so,” Klopp told Skysports after Liverpool’s win against Leeds United.

“Since he joined us, what a player! And he's still hungry.”