The undefeated Ghanaian boxer that you probably never knew anything about.

By Baruoxide (self media writer) | 1 year ago 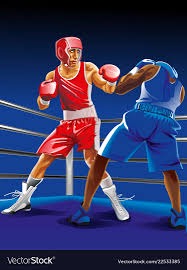 Boxing is one of the best sport in the world. It is one the sports which a lot of people enjoy watching. Ghana has produce a lot of boxers over the years just like in football. Ghana has seen a lot of talented professional boxers such as Azumah Nelson,D.K poison, Joshua Clottey and many more.During the colonial era,Ghana ( then Gold coast) has produced a very determined and talented boxer. He has never been defeated throughout his entire life as a boxer. He was not just a professional boxer but also an army officer.

John Ebenezer Samuel de Graft -Hayford was born in the United Kingdom in the year 1912.This implies that he was born in the colonial era. His father was a Ghanaian Reverend minister, Reverend Mark Christian Haryford.

He instead chose to become a civil servant, a champion fighter, a military man of esteem and, like his forefathers, a true believer in freedom and human rights.His parents returned to Ghana in the year, 1914 when little John was just two years of age. He commenced formal education in 1916 at the Baptist School in Accra. Between 1916 and 1922, he studied at a Pedagogium in Godesberg, Germany. He attended the Bellahouston Academy and Ibrox Public School in Glasgow, Scotland,from 1925 to 1928.In 1929, he went to the Baptist Collegiate School, Accra which he completed in 1930. Between 1931 and 1939, he passed several courses in: Infantry and Army Signals Training, Shorthand, Typing and Short-Story Writing, qualifying through the Regent Institute of Journalism.

During the 1930s de Graft-Hayford was a professional boxer,he had the nickname "The Chocolate Kid". From humble beginnings of barefist boxing on the beaches of Accra, Chocolate Kid would swim way out into the ocean with no fears, run marathons and even won the Queen's Coronation Cycling Championship Trophy.As a welter-weight boxer, "Chocolate Kid" claimed the Welter-Weight championship and the Sir Arnold Hudson Trophy in 1935. In 1939, in the second round of a friendly non-title bout, he knocked out one Jack Pullan, the Far Eastern Command Welterweight Champion.Between 1974 and 1978, he established the first Ghana Boxing Board of Control and as chairman and he was very instrumental in Ghana acquiring her first world boxing champion, D. K. Poison. De Graft-Hayford later became Vice-President of the African Boxing Union and Member of the World Boxing Council.