Lionel Messi played his second game for Paris Saint-Germain yesterday as they face Belgian giants, Club Brugge in the UEFA Champions League. Club Brugge were perceived by many to be the minnows in group A, with big clubs like Manchester City, RB Leipzig and the star-studded Paris Saint-Germain, however they appeared a very formidable side yesterday when they clashed with PSG. 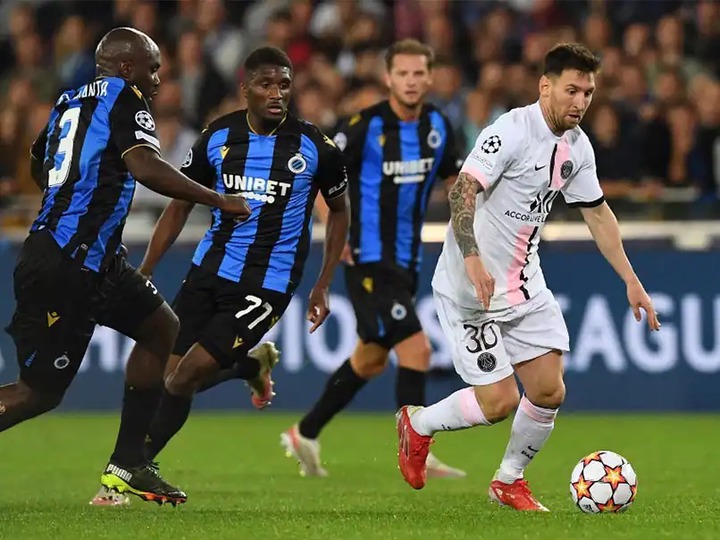 It was Ander Herrera who broke the virginity of the game after scoring in the 15th minute to give PSG the lead, but Club Brugge drew level in the 27th minutes of the first half after Brugge captain, Hans Vanaken shot took a slight deflection and scored. Both clubs had several chances to increase their goals but were unable to put them away. A lot of attention was on Lionel Messi as he was handed his first start since joining the club and he combined brilliantly with Neymar and Mbappe in PSG's attack. But it was quite unfortunate Mbappe couldn't play to the end as he picked an injury and got replaced with Mauro Icardi in the 51st minute.

The Argentine continued to contribute to the attack but was unable to create any magic and the scoreline remained 1-1 after referee Sandro Sharer blew the final whistle. PSG fans were not happy with the performance of the team and felt the team should have won the game. Bizarrely, some section of the fans have already started criticising Lionel Messi. On a number of occasions the 34 year old was seen walking while his teammates kept chasing and pressing Brugge to regain possession which agitated some fans who felt the Argentine was sluggish and was not helping his teammates. Messi used to do same during his time at Barcelona and was heavily criticised for lack of participation and seem to have incurred the wrath of some PSG fans after repeat it at the French club. However some have opined Messi is ageing and cannot be as vigorous as he was during his youthful days. PSG will face Manchester City and RB Leipzig their next two games of the group and these sides are known for their high pressing football style and if Messi repeats the same slothfulness, it might prove costly for Paris Saint-Germain.